In a 73-25 vote, a new food safety act passes through the Senate 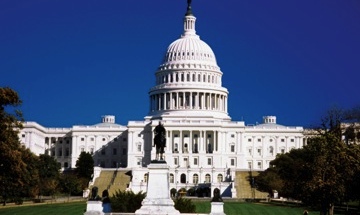 The U.S. Senate has passed the Food Safety Modernization Act – the biggest food safety overhaul in more than 70 years. “With the Senate’s passage of the Food Safety Modernization Act, we are one step closer to having critically important new tools to protect our nation’s food supply and keep consumers safe,” said President Barack Obama in a statement.

“The new legislation ensures more frequent inspections of food manufacturing facilities and will require these facilities to take preventative actions to reduce the risks of outbreaks and foodborne illness.”

According to Consumerist.com, the Act will mean:

• The U.S. Food and Drug Administration (FDA) would have the power to demand food recalls, instead of merely requesting that companies recall products;

• A large increase in the number of FDA inspections of food processing plants, with an emphasis on foods that are considered most high risk;

• The FDA gains more control over food imports, including increased inspection of foreign processing plants and the ability to set standards for how fruits and vegetables are grown abroad.

Bloomberg.com says the act also adds inspections and lets the FDA force recalls, rather than relying on companies to voluntarily remove contaminated foods from store shelves.

The bill had awaited a full Senate vote since winning unanimous approval a year ago by the Health, Education, Labor and Pensions Committee, reports Bloomberg.com. It was prompted partly by recalls of cookie dough, spinach, jalapeños and salmonella-tainted peanuts that killed at least nine people and sickened more than 700 in 2008 and 2009.

The House, which passed a food-safety bill last year, has agreed to adopt the Senate version, bypassing the need for a conference to integrate the two bills. Once both chambers have approved the measure, lawmakers will send it to President Barack Obama for his signature.