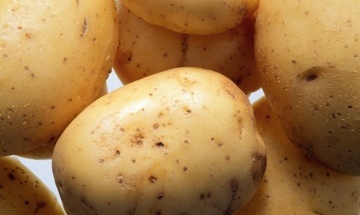 The Canadian Food Inspection Agency (CFIA) has established an advisory group from the private and public sector, which will help develop a voluntary National Farm-Level Biosecurity Standard for the potato industry. The CFIA established the Potato Sector Biosecurity Advisory Group in collaboration with Agriculture and Agri-Food Canada, the Potato Committee Executive of the Canadian Horticultural Council, other potato industry organizations, and provincial departments of agriculture.

The advisory group, says the CFIA, have already agreed to specific terms of reference, which include roles and responsibilities, timeframes and process.

Biosecurity, explains the CFIA, refers to activities that minimize the risk of introducing and spreading disease and pests.

The federal government recognized the potato sector as one of the priority commodities that require biosecurity standards by a federal-provincial-territorial committee of biosecurity officials.

Funding to develop this voluntary standard has been provided under the Growing Forward Agricultural Policy Framework.

The standard will be a voluntary tool that:

• Provides a consistent approach across the country for identifying and mitigating the risks for transmitting disease and pests;
• Facilitates advancements in industry’s identification and knowledge of the risks associated with pathogens and pests;
• Identifies outcomes to achieve, and measures that will support improved biosecurity practices; and
• Helps identify potential gaps in current control measures, which can help growers improve the control of potato diseases and pests at the farm level.

As part of the development process of a National Biosecurity Standard, a national benchmarking exercise with farm-level participation will take place. This will help determine the current level of biosecurity implementation in the potato sector across Canada. It will also help identify best practices. This farm-level participation provides an opportunity for producers to have input into developing the standard.

During the standard’s development, the Advisory Group will meet regularly. Group members who represent industry will be encouraged to communicate information to stakeholders and to seek input from them.

Once complete, use of the standard will be voluntary. Producers may use the standard to design a new program or improve upon their existing potato disease and pest control programs.

The provinces are developing programs to help producers implement biosecurity measures. Each province will determine their commodity-specific programs.