A study out of the U.S., different from previous clinical trials, demonstrates the benefits of consuming whole grains such as whole-wheat bread, oatmeal, barley, rye and brown or wild rice 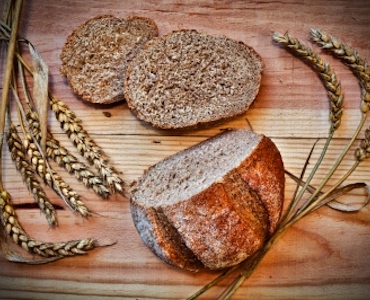 Beltsville, Md. – A new human nutrition study out of the U.S. proves once again the benefits of whole-grain foods over refined-grain products like white bread.

The U.S. Department of Agriculture says scientists with the Jean Mayer USDA Human Nutrition Research Centre on Aging, which is jointly run by the Agricultural Research Service (ARS, a branch of the USDA) and Tufts University in Boston, “conducted the study to clarify the role of whole grains in helping regulate weight, blood sugar levels and calorie (energy) use, among other benefits.”

The news and results of the study are on the ARS website (“Whole Grains Deliver on Health Benefits,” by Jan Suszkiw).

The ARS explains on the site that whole grains include the “bran and other constituents intact – all rich in vitamins, minerals, fibre, carbohydrates and phytonutrients.”

Refined grains, on the other hand, are milled extensively or go through other processing.

The ARS site says the eight-week study included 81 participants – healthy, non-smoking men and women between the ages of 40 and 65.

What the scientists found was that “participants in the whole-grain group lost approximately 100 more calories per day than refined-grain eaters – the equivalent of walking briskly for 30 minutes.”

The scientists say the whole-grain participants lost the calories because of an “increased metabolic rate and increased fecal energy losses.”

The ARS adds that “the whole-grain diet gave a moderate boost to populations of beneficial Lachnospira bacteria, which make protective short-chain fatty acids and help counteract another bacterial species that contributes to inflammation. Such gut bacteria comprise a larger community of microorganisms, called the microbiota, that live on or in the human body. They are of increasing interest to scientists for the diverse and often beneficial roles they play, including helping digest food, extract nutrients, regulate metabolism, and protect against disease and infection, among others.”

The study has been published in the American Journal of Clinical Nutrition, February 2017.

For more on the study and how it differs from previous clinical trials, click here.