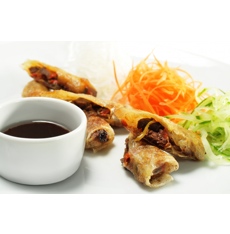 A scientific study has shown that a specific taste receptor for the umami taste does exist. For food producers, this finding offers more insight into taste preferences and how it relates to food development.

Foodnavigator.com reports that research by scientists at the Philadelphia, Pa.-based Monell Center showed that variations on the genes that code for proteins T1R1 and T1R3 correspond to sensitivity to umami taste intensity. The two proteins together form the G-protein coupled receptor T1R1-T1R3.

Umami is considered the fifth taste sensation able to be detected by humans, along with sweet, salty, bitter and sour. It’s often described as having a savoury taste, and can be found in foods such as meat, fish and vegetables. It is also associated with amino acids such as L-glutamate.

The study, published in the American Journal of Clinical Nutrition, also showed that different individuals are less sensitive to umami, with about five per cent of the 242 participants unable to detect the presence of L-glutamate.