The move was confirmed with a signing of a partnership agreement between the two companies, by Metro president and CEO Eric La Flèche and Première Moisson president Liliane Colpron.

The Colpron-Fisetfamily, which founded Première Moisson in 1992, will continue to manage the company, and will retain 25 per cent of its capital.

Première Moisson is a leading producer of premium artisan breads, pastry and charcuterie products. The company operates 22 bakeries in the Greater Montreal Area, and one in Ottawa. Its products are also sold in grocery chains throughout Quebec and Ontario.

Based in Montreal, Metro Inc. had annual sales of approximately $11 billion in 2013, and employs more than 65,000 people in Quebec and Ontario. The company operates almost 600 food stores and 250 drugstores under various banners. 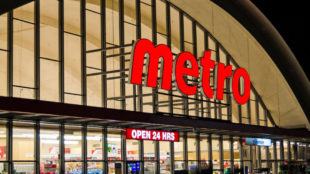