FoodBytes! By Rabobank announces the winners

Of the 20 finalists who went got to pitch their ideas and companies at FoodBytes!, three came out the big winners

Montreal – FoodBytes! By Rabobank announced the winners of its premier event for agri-food start-ups.

FoodBytes! By Rabobank took place in Montreal on May 16, 2018. It’s an event where start-ups can pitch their ideas and companies, and network with investors and food industry leaders.

Leading up to the event, FoodBytes! By Rabobank had released the 20 finalists – the companies who would be pitching on May 16. There were a total of 100 applicants.

To read the full list of finalists, see: “FoodBytes By Rabobank announces finalist startups” on April 9, 2018. 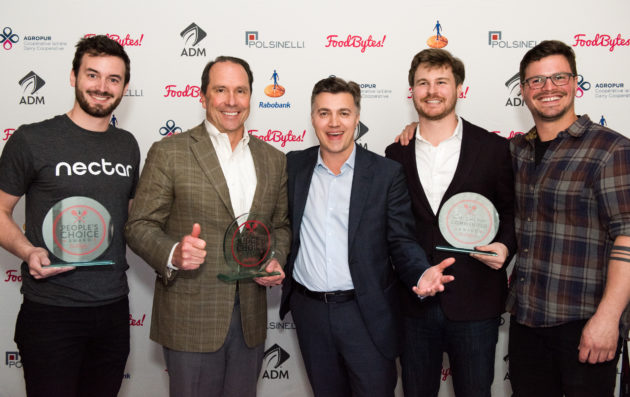 Pictured in the photo are (from l to r): Marc-André Roberge of Nectar, Mark Dahm of SmartCatch, Robert Sinescu of Rabobank, and Chas Smith and Nikita Salmon of SAP! Beverages. Photo: Katie Borreson @hausfraufotografie

Out of the 20, three took home the top three awards “for their cutting-edge products and technologies,” says a statement released by Rabobank.

For more on the winners and the event, click here. 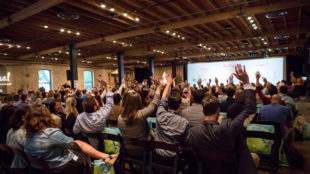 Pitch your idea at FoodBytes! 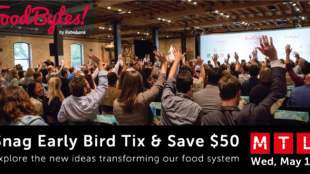