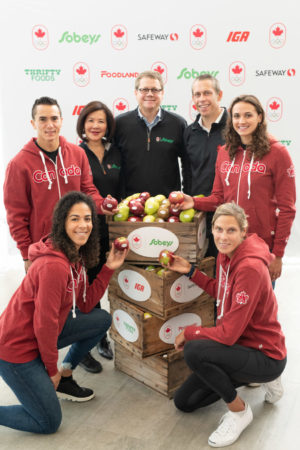 Empire today also unveiled a partnership with Hockey Canada, a sports partner of the Canadian Olympic Committee. In its efforts to raise awareness around female participation in Sport in Canada, Empire will be the exclusive partner of the Canadian National Women’s Hockey Team. Sobeys will support and celebrate the team leading up to and on the Olympic stage, as well as at the 2020 IIHF Women’s World Championship held in Sobeys’ home province of Nova Scotia.