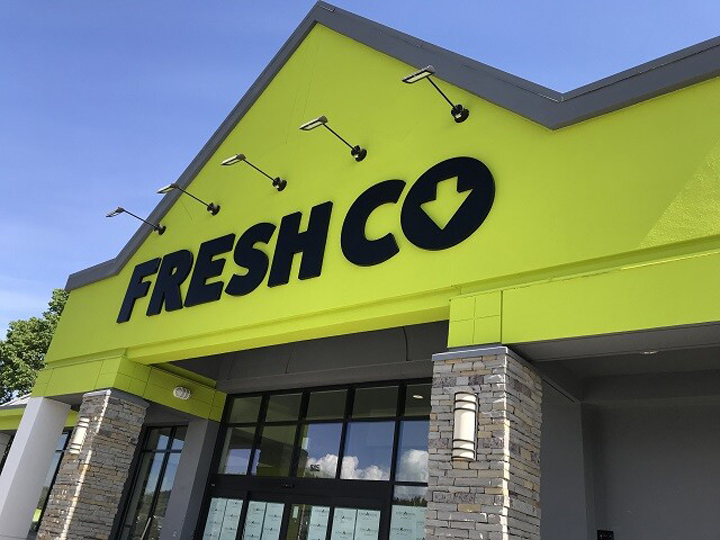 June 10, 2020, Stellarton, N.S. – Empire Company Limited has announced the next six locations for the expansion of its FreshCo discount banner in Western Canada, including the first FreshCo locations in Alberta.

With this announcement, the company has now confirmed 28 of approximately 65 locations in Western Canada. In fiscal 2018, the company announced plans to convert approximately 25 per cent of its underperforming Safeway and Sobeys locations to FreshCo over a five-year period.

“Breaking ground in Alberta is a significant milestone in our Western Canadian expansion,” said Mike Venton, general manager, discount. “We have now opened or planned locations in every province in Western Canada.

“Our FreshCo expansion into Western Canada is more relevant than ever before, as economic realities continue to shift. We are seeing a strong appetite for discount grocery options as the brand continues to resonate with the Western Canadian shopper.”

The company will work with the union that represents impacted employees in Manitoba to ensure that all terms of the collective agreements are met. Options will be provided, including the opportunity to work at Safeway stores within the network or the new FreshCo locations.

The two Alberta FreshCo store locations that have been announced are both located in Edmonton, in Heritage and Tamarack. The Tamarack location is a new construction site and the store is planned to open in spring 2021. The Sobeys store in Heritage will close for renovation in fall 2020 with plans to open as FreshCo in Spring 2021.

The four future Manitoba FreshCo store locations that have been announced are: Sargent, Niakwa Village, Pembina & McGillivray and Henderson & Bronx. The Safeway locations will all close in fall 2020 with plans to open as FreshCo in Spring 2021.

Empire is a Canadian company headquartered in Stellarton, Nova Scotia. The company’s key businesses are food retailing, through wholly-owned subsidiary Sobeys Inc., and related real estate. With approximately $26 billion in annual sales and $14 billion in assets, Empire and its subsidiaries, franchisees and affiliates employ approximately 123,000 people.