Mondeléz Canada and the Canadian Olympic Committee have announced a four-year partnership, which will launch in time for the Winter Games in Sochi 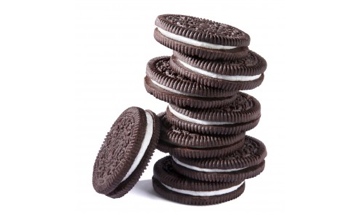 Mississauga, Ont. – The Canadian Olympic Committee (COC) has a new partner for the next four years.

Mondeléz Canada is now an official supporter of the COC. The company – whose brands include Cadbury, Dentyne, Oreo and Ritz – says it will launch the partnership with its new Pride & Joy campaign, which will celebrate Canada’s pride for its athletes.

With less than 100 days before the Sochi 2014 Olympic Winter Games, Mondeléz will launch its new campaign in January 2014.

The campaign will include:
• four limited edition Christie products;
• in-store displays;
• an interactive app;
• thousands of prizes;
• a broadcast integration with CBC/Radio-Canada during the Winter Olympic Games; and
• an opportunity for two Mondeléz Canada employees to act as ambassadors for the company at the Olympic Games.

The Pride & Joy interactive app will alert users in real time of amazing moments during the Winter Olympic Games. When Canada wins or when Canadian athletes experience something extraordinary, users have the chance to win thousands of instant prizes, including a grand prize trip to the Men’s Gold Medal Hockey final.

The app will be available for download at iTunes, Google Play and at prideandjoy2014.ca as of Jan. 1, 2014. Mondeléz will also donate $1 per download to the Canadian Olympic Foundation up to $50,000.

Mondeléz is also introducing Pride and Joy as two unique animated characters who will cheer Canadian athletes on its Facebook page, in-store displays, the interactive app and through the CBC integration.

The CBC/Radio-Canada partnership will include a broadcast integration of the medal ceremonies, which will include the Pride and Joy characters.

The company is also hosting an internal contest for its employees.