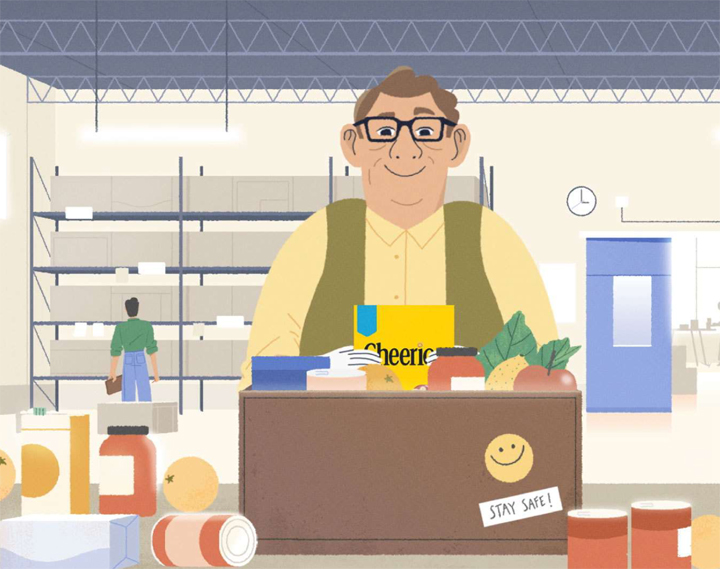 May 5, 2020, Toronto, Ont. – In light of the COVID-19 crisis, Cheerios and its Canadian Olympic athlete partners are shifting the cheers that were originally destined for the athletes onto Canada’s frontline food bank heroes.

Food Banks Canada will also receive a $500,000 cash donation from Cheerios and $600,000 worth of food product from parent company General Mills.

“This generous help couldn’t come at a more crucial time for food banks across the country,” said Chris Hatch, chief executive officer, Food Banks Canada. “The efforts being made by volunteers and frontline staff to keep up with demand is really heroic, and Cheerios’ initiatives to boost awareness and help bring in donations is very, very welcome.”

One in eight Canadians rely on food bank support, but Food Banks Canada now says it is seeing a large spike in the number of people turning to their resources amid massive layoffs across the country. During the 2008 financial crisis, food bank usage rose by 28 per cent – Food Banks Canada fears the country could see an increase as large as 50 per cent over the course of the pandemic.

“We are pivoting our original plan from helping Canadians to cheer on our Olympic athletes, to those same Olympic athletes cheering on Canadians who are pushing themselves to help their communities in this time of tremendous need,” said Fawad Farrukh, business unit director of cereal at General Mills Canada.

“These are the real heroes, and we’re proud to be able to help them out by raising awareness through our new ads, and by celebrating their spirit with our athlete partners.”

Under the Cheer the Food Banks Frontline initiative, Cheerios will repurpose its planned Olympic broadcast ad time to focus on the inspiring employees and volunteers who are keeping Canada’s food banks in operation. An animated spot which personifies the spirit of the hard-working helpers started airing the week of May 4.

These athletes appear on Cheerios boxes (already heading to store shelves due to production lead times), but in the social media videos, each will reveal a new Cheer For The Food Banks Frontline box featuring the photo and personal story of a community food banker. These boxes are limited edition and will not be available in stores.