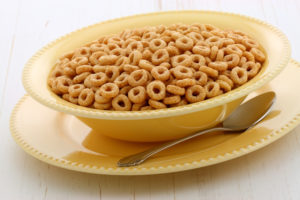 “We are so excited that Canadians seeking gluten-free options will now have even more choice,” says Emma Eriksson, Director of Marketing for General Mills Canada. “We want everyone to enjoy our cereals and these gluten-free Cheerios products will maintain the same great taste that consumers love at the same price they’re used to.”

The gluten-free Cheerios products will be clearly labelled “gluten-free” on the front of the box.

After years of development, General Mills has developed a process to remove the small amount of wheat, rye and barley from its supply of whole oats in order to ensure that the oats used for Cheerios meet Health Canada’s requirements and standards for gluten-free products. Gluten-free Cheerios was previously introduced in the U.S. last summer.

According to a General Mills press release, prior to the introduction of gluten-free Cheerios, General Mills was already offering Rice Chex, Chex Honey Nut and Cinnamon Chex as gluten-free options. Chocolate Chex is launching in Canada this summer.