In a report, PwC Canada conducted a survey of 3,521 consumers in seven key countries—Australia, France, Germany, Italy, Japan, Mexico and the United Kingdom—on their perceptions of Canada and Canadian goods and brands. With 71.5 per cent of Canadian exports went to the United States in 2018, consumer demands are increasingly coming from elsewhere.

“Consumers in overseas markets aren’t necessarily familiar with Canadian companies. If a brand isn’t doing enough to identify themselves as Canadian, a customer might recognize a brand name without realizing it’s Canadian,” said Anita McOuat, PwC. “The positive traits associated with being Canadian like trustworthiness, reliability and quality have created a halo effect for Canadian goods. That’s an easy shorthand for brands entering into new markets.”

In many cases, a digital approach will be at the heart of establishing a presence in international markets, followed by careful and gradual expansion to other channels as those efforts produce results. More than ever before, people are becoming familiar with Canada via digital channels. Two-thirds of respondents were at least generally aware of Canadian products, and awareness tended to be significantly higher amongst younger generations who are more active on digital channels. Overall, 96 per cent of respondents held a positive view of Canada. Of those surveyed, 40 per cent say they’ve visited Canada and only four per cent said they had no interest in ever coming to this country.

72 per cent of respondents report having bought Canadian products

The top barrier to purchasing Canadian goods, by a wide margin, was that Canadian products aren’t available in their country. According to the Made in Canada report, the current geopolitical environment makes it an ideal time to take a look at readiness for international expansion.

On the financial side, structuring operations in a way that minimizes tax burdens and maximizes the return of earnings to Canada is an important part of keeping revenues in Canada. 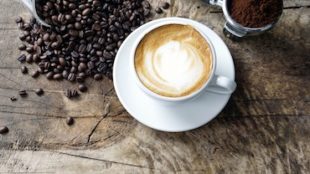