Alexandra Feswick, Chef de Cuisine at Toronto's Drake Hotel, was the winner at the Dairy Farmers of Canada's mac and cheese competition on April 8 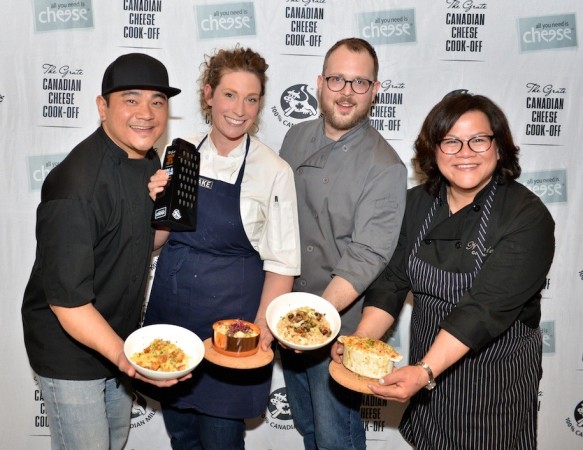 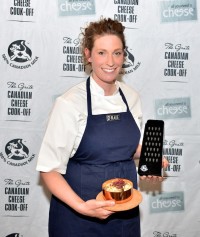 Alexandra Feswick, Chef de Cuisine at the Drake Hotel in Toronto was the big winner at the Dairy Farmers of Canada’s (DFC) Grate Canadian Cheese Cook-Off on April 8. With “Mac & Cheese” as its theme once again, the biannual competition took place at DFC’s Canadian Cheese Counter at the Toronto Food & Drink Market.

Using Canadian cheese, pasta and a little imagination, four top chefs and foodies from across Canada took to the stage in an attempt to create the ultimate comfort food at this year’s event, according to a press release from DFC.

Chef Feswick’s creation stood out as a “unique Canadian macaroni & cheese experience,” according to the press release, featuring Cheddar, sage and mushrooms, combined with hazelnuts, Blue cheese and Jerusalem artichokes.

“The competition was stiff; each chef brought something different and unique to the table. Mac & Cheese is such a comforting dish and I wanted to stay true to that ideal while elevating it with new exciting ingredients like we do at The Drake,” says Feswick. 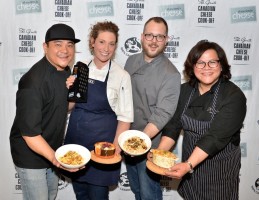 “On behalf of Dairy Farmers of Canada, I would like to extend congratulations to all of this year’s competitors for their creativity and competitive spirit—and showing us their amazing skills. Of course, there can only be one winner and we would like to thank Chef Feswick for her outstanding recipe and showmanship today,” says Sandra Da Silva, assistant director, external communications at Dairy Farmers of Canada. “Everyone who was present at the competition is going to crave mac & cheese again very soon. I know I will.”