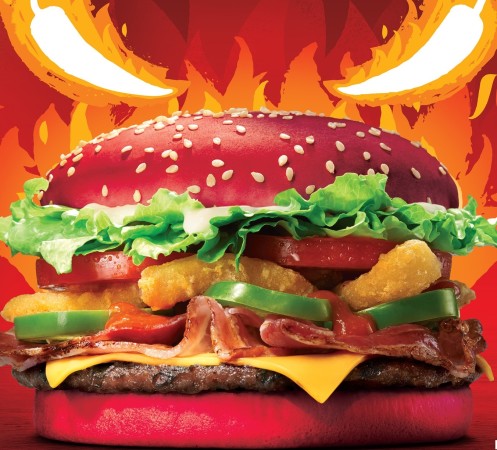 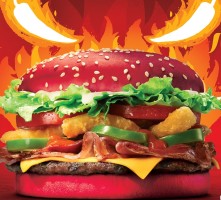 Burger King restaurants have unveiled a new limited-time burger with a fiery kick, complete with a bright red bun that has hot sauce baked in.

As a fun way to unveil this product, Burger King invited the renowned volcano specialist and co-creator/host of “Angry Planet” George Kourounis to guide four Angriest Whopper sandwich enthusiasts from around the world on a big adventure: the opportunity to flame-grill Burger King’s beef patties over fire retrieved from the depths of the raging Pacaya Volcano in Guatemala.  The film of the adventure can be seen on Burger King Canada’s social media channels including Facebook, Twitter and YouTube.

The Angriest Whopper sandwich became available across the country as of April 4 for a limited time at participating Burger King Canada restaurants.