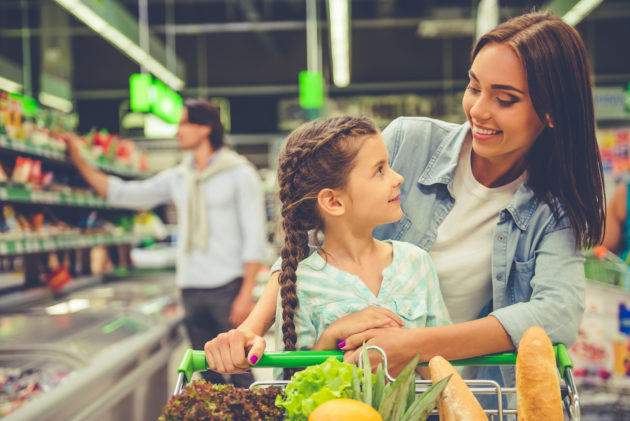 In fact, the research found that 79 per cent of Canadians trust their main grocery retailer, while only nine per cent “have a significantly worsened view.” 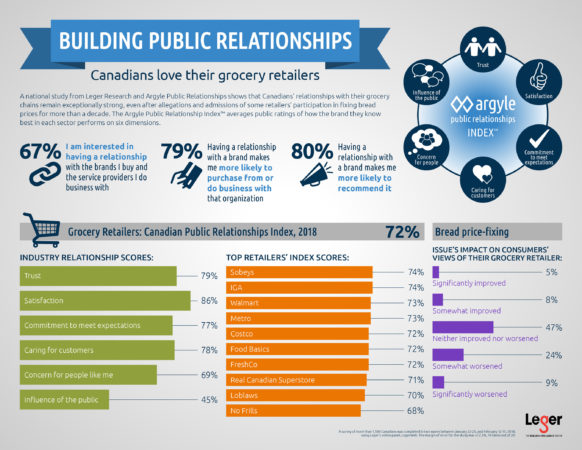 In a statement, Argyle and Leger say the research also found that 86 per cent of Canadians “are very or somewhat satisfied with the grocery retailer they use the most.”

When consumers were asked specifically about the bread price-fixing issue, “47 per cent say it has had no impact on their views,” while “33 per cent say their view has worsened.”

Argyle and Leger say consumers who were concerned about the scandal were mostly those who are over age 45 and among those respondents who shop at Sobeys, Loblaws or FreshCo.

Interestingly, says the statement, Canadians have stronger relationships with their grocery chains than they do with their banks, credit cards, airlines, insurance companies, communications providers and professional sports teams.

Some other facts the research uncovered include: