FCC Ag reported that global demand is growing, especially for potato products and red meat. Potato processors will have to wait for the 2019 crop will provide better margins, red meat processors are seeing uncertainty due to trade tensions, while the bread and pastry industry is growing in global import markets.

Trends for food processors to watch:

The Canadian economy recorded a 0.4 per cent increase in real GDP in the first quarter of 2019, following a 2018 fourth-quarter 0.3 per cent increase. The Bank of Canada (BoC) expects the pace of economic growth to pick up in the second half of 2019, with inflation expected to trend around the bank’s two per cent mid-point target. A strengthening economy will continue to support demand for high-quality or expensive foods.

Canada’s unemployment rate was 5.5 per cent in June 2019 (near the lowest level since 1976) and average hourly earnings grew at a 3.8 per cent annual pace, boosting disposable household income and supporting food demand. Labour shortages also reduce the outlook by raising costs of food manufacturers. Between January and April, manufacturing wages rose 4.6 per cent.

As of March, processing stocks were down in P.E.I, New Brunswick, Quebec, Ontario and Manitoba – and in some cases, dramatically down. Canadian potato imports climbed seven per cent between January and April of 2018 and 31 per cent over the same period in 2019 in efforts to fill processing capacity. The cost of potatoes as inputs rose 7.9 per cent between January and May 2019 compared to the same period one year earlier, suggesting this year’s margins may be squeezed as well. The price received for potato chips rose a relatively small 1.4 per cent over the same period.

A good 2019-20 crop is needed to produce positive processor margins for 2019. More acres of processing potatoes have been planted in numerous provinces but supplies will continue to be tight until the new crop is available in August. Recent investment in prairie processing expansion may only add to current shortfalls and help to keep costs up across much of the country until a normal supply-demand balance can be found.

We estimate that beef packer gross margins climbed in the first six months of 2019. Between January and May, the price of cattle and calves fell 5.4 per cent year-over-year while beef prices didn’t move. Margins could continue to increase if dry conditions lead to feed shortages that prompt producers to liquidate herds. On the downside, however, the recent Chinese suspension of Canadian beef and pork exports has put a damper on the profitability outlook in a year that might otherwise have seen good growth in export demand for red meats.

Beef exports to China saw growth (400 per cent) between January and April compared to the same period in 2018. Export values grew by almost 350 per cent in the same period.

Pork packers’ margins would be exposed to downside risk if they lose long-term access to such an important market, but demand for Canadian pork and beef products is expected to remain strong. ASF will likely continue to pressure global protein supplies. The eventual impact on Canadian pork and beef processors will depend on the strength of other Asian export markets and the value of our currency.

Statistics Canada reported that average monthly sales for the sector have been lower in the first few months of 2019 relative to 2018. Prices received for poultry products have grown 2.4 per cent between January and May 2018 and the same period in 2019, but the cost of live poultry has climbed faster over the same period. Consumption trends will continue to support the sector throughout 2019.

The price of wheat paid by manufacturers increased by 1.2 per cent while prices received for several bread products fell 0.4 per cent on average over the first five months relative to the same period in 2018.

The Canadian non-durum wheat supply rose slightly year-over-year during the 2018-19 marketing year (MY), but domestic processors were competing with strong global markets for those supplies. With Canada’s exports forecast to rise by eight per cent, our carry-out stocks are forecast to fall 17 per cent over the 2018-19 MY. Those carry-out levels are the lowest since 2007-08 and reflect a trend across global (non-U.S.) inventories. Agriculture and Agri-Food Canada (AAFC) forecasts average producer prices this MY to rise as a result.

Total revenues from sales of Canadian bread products have been trending up over the last five years. Between 2014 and 2018, average annual sales grew by 5.5 per cent. 2019 appears headed for higher growth. Average monthly sales between January and April 2019 were 15.3 per cent higher than year-ago levels.

*With files from FCC. 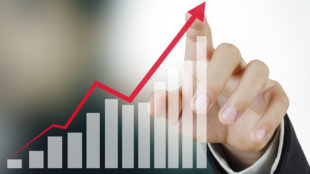 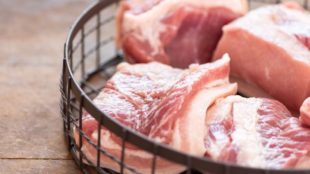