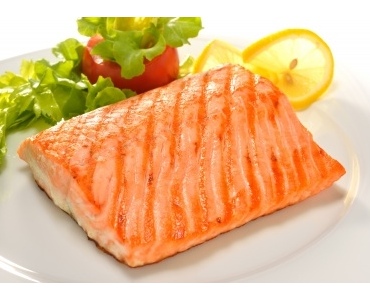 The first ever genetically modified salmon has been approved for sale in Canada.

Health Canada and the Canadian Food Inspection Agency say they have completed “thorough and rigorous scientific reviews” of AquAdvantage Salmon (a genetically modified, or GM, salmon) for food and livestock feed use, and they have determined that it is “as safe and nutritious for humans and livestock as conventional salmon.”

These were the final Government of Canada scientific assessments required to allow AquAdvantage Salmon to be sold in Canada.

The AquAdvantage Salmon is a GM salmon developed by AquaBounty Technologies Inc. to promote rapid growth during early life. This was achieved by introducing a growth hormone gene from the Chinook salmon to an Atlantic salmon.

According to a press release from Health Canada, GM foods that have been approved by Health Canada have been consumed in Canada for many years, and are safe and nutritious. The press release maintains that changes to the genes of plants and animals can improve food quality and production – by reducing the need for pesticides, for instance, or by making crops resistant to drought, preventing bruising, or allowing foods to be grown more quickly.

“We are pleased to receive the approvals of the various authorities of Canada which means we can produce, sell and eat our AquAdvantage Salmon in Canada. We thank the scientists in the Ministries of Health, Food Inspection and Fisheries of the Canadian Government for carrying out their assessments diligently and confirming the safety of our salmon for both the consumer and the environment,” says Ronald L. Stotish, CEO of AquaBounty. “We look forward to bringing our nutritious salmon to consumers to enjoy in an environmentally responsible manner without damaging and exploiting the oceans, with the assurance it is as safe and healthy as the Atlantic salmon they are eating now.”