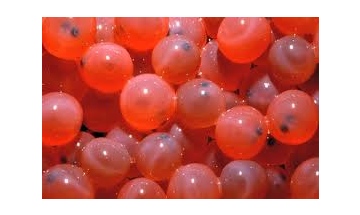 Environment Canada has concluded that AquaBounty’s salmon eggs are not harmful to the environment or human health when produced in contained facilities, reports TheStar.com. The announcement was made on Nov. 23, 2013.

The Canadian Biotechnology Action Network (CBAN) says AquaBounty plans to produce the GM fish eggs in P.E.I. and ship them to Panama for grow-out and processing.

The CBC.ca reports that the company’s hatchery in eastern P.E.I. has been a research-only production site, but now AquaBounty’s facility in Bay Fortune will produce the fish eggs.

AquaBounty says its AquAdvantage Salmon (AAS) includes a gene from the Chinook salmon, which provides the fish with the potential to grow to market size in half the time of conventional salmon. In all respects, AAS is identical to other Atlantic salmon.

The company adds that AAS is an environmentally sustainable alternative to current farmed salmon and will be grown as sterile, all-female populations in land-based facilities with biological and physical containment.

AquaBounty adds that there is no danger of the AquAdvantage Salmon escaping or reproducing in the wild and posing a threat to wild salmon populations.

The other advantages to AAS, says the company, is that they’re raised in land-based facilities, which reduce the environmental impact on coastal areas, and eliminate the threat of disease transfer from farms to wild fish. Also, more fish are grown with less feed. And facilities located near major consumer markets reduce the environmental impact associated with air and ocean freight.

But some lawmakers in the U.S., including Alaska, and environmental groups oppose the technology, saying they fear the fish could escape their onshore farms and affect wild populations.

CBAN says AAS will be the first genetically modified food animal in the world. The organization also adds that it’s “disappointed and alarmed” that the feds have approved the production of GMO eggs.