Eden Valley began processing poultry in a retrofitted plant in Berwick, N.S., creating more than a 100 jobs for the area

Berwick, N.S. – A plant that once processed bacon, ham and other pork products reopened this week and began processing poultry.

Eden Valley Poultry Inc. began processing chicken and turkeys from Nova Scotia and Prince Edward Island producers, and has hired 180 staff to do it.

The reopening was welcome news for the community, creating jobs for the area and offering producers a more convenient facility to send their fowl to.

The plant was formerly a Larsen Packers Ltd. pork processing plant, which belonged to Maple Leaf Foods. Maple Leaf had closed the plant officially in April of 2011. The processing was moved to three other plants in Canada, including one in Moncton, N.B, reports the CBC.ca.

Eden Valley completed the purchase of the Berwick plant in May of 2011 and began a $40-million retrofitting project that spring.

Part of the project included purchasing equipment, also with the help of a Nova Scotia government $1-million capital investment, that increases chicken processing capacity by 40 per cent to 12,000 boilers per hour, and doubles the number of turkeys that can be processed to 2,500 per hour.

Eden Valley says it expects to process about 40-million kilograms of chicken and turkey annually, or about 70 per cent of the total production in Nova Scotia and P.E.I., reports theChronicleHerald.ca.

TheChronicleHerald.ca reports that the plant now has the most efficient poultry processing equipment available and will improve productivity by more than 45 per cent over processing plants that have operated in the province in the past.

And it gives area chicken and turkey farmers a state-of-the-art facility to send their fowl to. These farmers were left with few options until now. 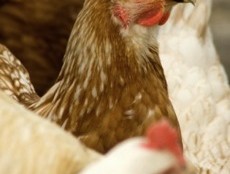 Poultry processor to re-open plant with help of province