The new company will be the second-largest commercial animal feed and nutrition business in Canada, operating 22 manufacturing facilities in Ontario, Quebec and the Prairies and employing approximately 500 people. The new company will be headquartered in London, Ont., and will operate under current Masterfeeds Inc. CEO Rob Flack.

Under the arrangement, both companies will join their Canadian operating assets in exchange of relative shareholdings in Masterfeeds LP.

According to Flack, the move is a response to changes in Canada’s agricultural landscape. “As Canadian meat, milk and egg producers have become fewer, larger and ever more sophisticated, it has been obvious for some time that the feed industry in Canada would benefit from a similar transformation,” he said. “As the feed industry evolves, we expect there to be more opportunities for Masterfeeds LP to grow in he future.”

Both companies have been major players in the Canadian livestock feed business for many decades, although both are now American owned. 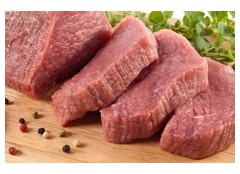