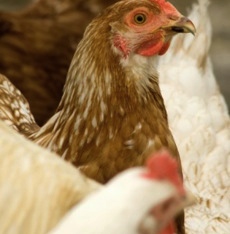 Poultry producers in Atlantic Canada will have a new processing facility much closer to home. On July 13, a group of poultry producers from Nova Scotia and P.E.I. announced they would own and pay for half of a new $46-million dollar processing plant that will be based in Kentville, N.S.

Ontario-based poultry processor Maple Lodge Farms will own the other half.

The air-chilled plant is expected to be in operation by the spring of 2012.

Through the 50/50 partnership, the farmers will provide the chickens and turkeys for processing and Maple Lodge will provide national marketing for the finished products.

The ChronicleHerald.ca reports that the operation will create new jobs and will have the capacity to process about 12,000 chickens per hour.

It will also be capable of processing 2,500 turkeys per hour.

Currently, farmers are either shipping their chicken to New Brunswick or processing it at the aging ACA Co-operative Ltd. facility in New Minas, N.S., reports CBC.

The ACA plant will close once the new facility begins operating.

In a press release, the partners said there was a need for a new facility, especially after Maple Leaf Foods closed its poultry plant near Canard, N.S. in 2007.

That closure left about 45 per cent of the two provinces’ chicken farmers without a plant.

Many have been shipping their product to northern New Brunswick or Quebec for processing, reports the ChronicleHerald.ca.

There are 82 chicken farms in Nova Scotia that produce 43 million kg of chicken each year and there are seven poultry farmers in P.E.I.

Not all have signed up on the new venture, reports the CBC, though there is still time for them to buy in.