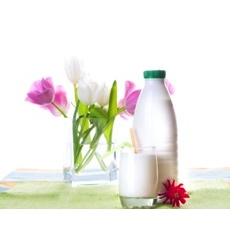 In its latest report Statistics Canada found that Canadian milk producers sold 5.09 million kilolitres of milk and cream to dairies during the first eight months of the 2009-2010 dairy year. That’s up 2.1 per cent from the same period last year.

These latest results come from Statistics Canada’s Dairy Statistics report for the first quarter of 2010.

The publication provides a statistical summary on the dairy industry in Canada and the provinces for current and previous calendar years.

Data include monthly, as well as year-to-date information, on farm sales of milk and cream for fluid and industrial purposes, cash receipts from milk and cream sold off farms, production, stocks, and supply and disposition of creamery butter, cheddar cheese and other dairy products and by-products.

The report also provides statistical information on the dairy products industry at national and provincial levels.

Through co-operation between provincial departments of agriculture, milk marketing boards and Statistics Canada, dairy statistics are collected, compiled, disseminated and analyzed on a monthly basis.

These data are also important as an indicator of changes in the supply-managed dairy industry, a major contributor to total farm cash receipts.

Highlights from this latest report include:

• Canadian consumers purchased 2.0 million kilolitres of milk and cream during the first eight months of the 2009-2010 dairy year, 0.2% less than a year ago.

• Total cream sales, at 190 thousand kilolitres, increased 3.9% from a year ago.

• Butter production increased during the first eight months of the 2009-2010 dairy year to 57.0 thousand tones from 55.4 thousand tonnes a year ago.