Manitoba food entrepreneurs duke it out

The Food Fight takes place as part of the two-day Capturing Opportunities – A Business and Community Forum event, which took place April 20 and 21.

The Great Manitoba Food Fight is a chance for food entrepreneurs to work closely with student chefs and compete for cash prizes to help bring their food products to market.

• First place went to Natalie Dueck from New Bothwell, Man., for her Rawdical Chocolate Hemp Snackers, a dehydrated cookie whose ingredients have not been destroyed by heat. It’s high in protein, fibre, antioxidants, and omega 3 and 6. She launched it in 2010.

• Second place went to Belinda Bigold from Winnipeg, Man., with her Imperial Cookies. Her product has been available at High Tea Bakery for the last seven years.

• Third place went to Reynald Gauthier from St. Claude, Man., with his Millet King Crunchies Cereal, a gluten-free ready-to-eat cereal made from millet seed. Gauthier says it’s ideal for people who suffer from Celiac Disease. He hopes to have the product on the market in 2012.

• Taster’s Choice Award went to Jason Sarna & Symen Reidstra from Carman, Man., with their Super Multi Grain Frozen Pizza Dough Balls, a raw frozen pizza dough ball for restaurants to use as a healthful alternative to traditional pizza crusts. It’s currently being tested in a restaurant.

The first, second and third place winners each received $15,000, $10,000 and $5,000, respectively. Winners can use their prize money for research and development, recipe refinement, package design, marketing, and food safety and handling training.

Only 10 applicants were selected to move forward to the competition. This year, in the months prior to the event, those applicants had the opportunity to work with student chefs at the Assiniboine Community College’s Manitoba Institute of Culinary Arts. The event was held at its campus.

On event day, the competitors presented a sample of their products to a panel of judges and had 25 minutes to pitch their ideas.

After their pitches, all 10 competitors attended a business reception, where they networked with professionals from the grocery, restaurant and foodservice industries.

The winners were then announced at the 2011 Capturing Opportunities Manitoba Hydro Celebration Banquet. 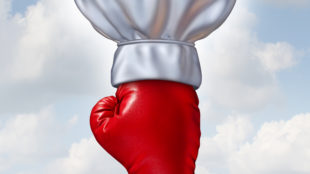 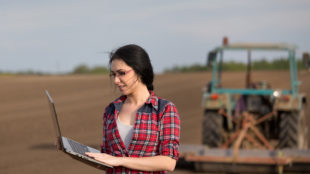