The seven-member jury selected the 17 category Champions, as well as the 2011 Grand Champion, which were announced at a Gala of Champions in Toronto.

The competition rewards cheese makers for excellence in innovation and the quality of their products.

This year’s winners showcase the world-class cheeses being produced across Canada and the level of excellence of the art of cheese making.

• Fresh Cheese: Mascarpone Tre Stelle from Arla Foods Inc. of Ontario. Tre Stelle Mascarpone is a rich, fresh triple-crème that is a relative of both cream cheese and Ricotta cheese.

• Semi-soft cheese: Lankaaster Traditional gouda from Glengarry Fine Cheese of Ontario. The Lankaaster is a hard cheese shaped as a loaf because it’s meant to be sliced and eaten directly on bread as the Dutch farmers do. Aged two to four months, categorized as mild or medium.

• Washed-rind – Soft and semi-soft cheese: Le Mont-Jacob from Fromagerie Blackburn of Quebec. The Mont-Jacob, a semi-soft surface-ripened cheese, derives its unique personality from its delicate aroma and fruity, nutty flavour.

• Aged Cheddar (one to three years): Avonlea Clothbound Cheddar from Cows Creamery of P.E.I. It’s Canada’s only clothbound Cheddar. It is aged just over a year, but the cloth allows the cheese to breathe and in that short time it develops a sharp and earthy flavour.

• Aged Cheddar (four+ years): Cheddar Doyen 4 ans from Fromagerie Perron of Quebec. A firm cheese with a nutty flavour that intensifies over time. The Perron Cheddar is an authentic product from the Quebec soil. It is aged over long periods, which vary from nine months to four years. 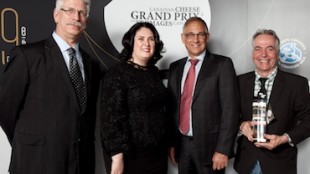 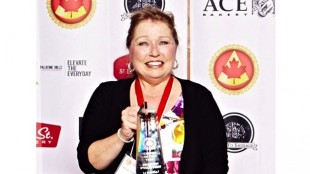