The Canadian Pork Council says provincial members are preparing for the amendments to the federal Health of Animals Regulation, which is expected to announce July 1, 2014 as the date PigTrace will come into force

Ottawa – The mandatory reporting of the movement of pigs in Canada is set to begin in the summer of 2014.

The Canadian Pork Council (CPC) says its provincial member organizations are preparing for the regulatory amendment to the federal Health of Animals Regulation, “which is expected to announce July 1, 2014 as the official coming into force date,” says Oliver Haan, the chair of CPC’s ID and Traceability Committee.

“Mandating PigTrace through federal regulation is an important step towards building a successful system that responds quickly to disease outbreaks and food safety emergencies.”

The government of Canada first published the proposed amendments to the Health of Animals Regulations during the summer of 2012.

Since then CPC and its partners have worked with the Canadian Food Inspection Agency (CFIA) on an appropriate timeline to implement the traceability program under federal law. It was decided that July 1, 2014 set a reasonable timeframe to allow the CPC and its provincial member organizations to launch the program.

Jeff Clark, the manager of PigTrace Canada, told FarmScape.com that the adoption of traceability will give the pork industry in Canada a marketing advantage in foreign countries.

“It seems like any time there’s a food safety incident or an animal disease people start talking about traceability again,” Clark told FarmScape.com. “That’s how it first started for Canada back in the early 2000s, Foot and Mouth Disease in the U.K., there was Hog Cholera in The Netherlands. It really got the livestock sector thinking about traceability and that happens every once in awhile when there are food safety issues.”

Clark adds that in Japan there is strong interest for traceability, and also in the E.U. “I wouldn’t be surprised if the E.U. required imported meat to have some form of traceability system behind it, and I’m confident that Canada and PigTrace will be able to accomplish that, he told FarmScape.com.

The CPC says it will initiate a comprehensive outreach campaign on PigTrace in January 2014, once program funding is solidified.

“CPC has developed a variety of movement reporting tools that will allow pork producers to choose the format and technology that works best for them,” adds Haan.

“We are working with federal and provincial governments and our industry partners to make sure program requirements are clear for all stakeholders.”

For more information on PigTrace and producer requirements to report animal movement under the regulations starting July 1, 2014, visit www.pigtrace.ca 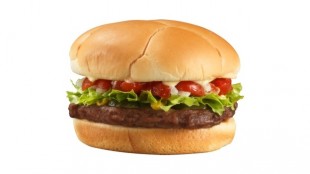 Budget 2014: $390 million for food safety could be better allocated: expert 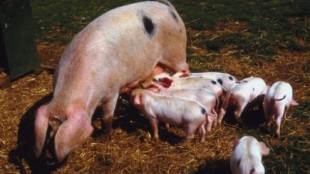