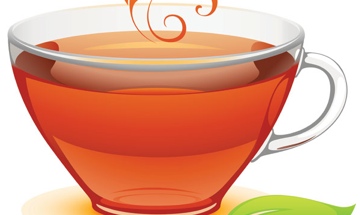 Edmonton, Alta. – A new study has found that tea might actually be a risky beverage – for pregnant and nursing women.

The study, from researchers at the University of Alberta and Sweden’s Lulea University of Technology, found that many teas contain lead, among other toxins.

The authors explain that tea originates from the plant Camellia sinensis, a tree that can grow up to 52 feet in height unless cultivated.These tea plants require significant rainfall of 50 inches a year and grow in acidic soil.

The authors posit that contaminants may vary in the soil, air or water in which the plants are grown.

Acidic soil may result in excess available aluminum and fluoride. An acid or alkali soil pH can enhance leaching of toxic heavy metals from the soil. Environmental pollutants such as fluoride and aluminum have been found in tea in part due to the tea plants’ absorption and deposition and concentration of these compounds in the leaves.

Mercury, lead, arsenic and cadmium as well as other toxic elements have also been found in tea leaves, say the authors.

Lead, arsenic and cadmium have been found in brewed black tea. The authors say these soil and air contaminants may be directly related to the use of coal fired power plants in countries such as China.

The use of coal in China has increased to 3.8 billion tons or about 47 per cent of global coal consumption. Coal burning power plants supply 70 per cent of the energy in China. Pollutants such as lead and mercury from power plants are affecting the development of children.

Teas are commonly grouped into five major categories: white, yellow, green, Oolong, and black tea. All of these are readily available at most supermarkets in Canada except yellow tea.

For their study, the authors used common off-the-shelf teas either organic or regular (not labelled as organic) as well as some that were available in health food stores. All teas used were in tea bags used for brewing in individual cups. The four types of tea sampled in this study were white, green, oolong and black tea.

The Alberta researchers had a lab analyze 30 popular brands and types of tea bags, bought from local supermarkets, for a variety of elements, says TheProvince.com.

They found that 73 per cent of teas brewed for three minutes and 83 per cent of those brewed for 15 minutes had lead levels well above .5 micrograms (.005 milligrams) per litre. That is the limit deemed safe for pregnant and lactating women by Proposition 65, the State of California’s toxic-chemicals program, reports TheProvince.com.

The authors suggest that tea plants absorb pollution and that expectant mothers need to be warned about tea consumption, reports TheProvince.com.

“We were quite surprised,” Dr. Gerry Schwalfenberg, the Edmonton physician who co-authored the research, told TheProvince.com.

“If you drink three or four cups a day, which a lot of people do, you’re getting too much [lead] for baby.” But most non-pregnant adult women need not worry.

Michael Brauer, a University of British Columbia expert on air pollution and environmental health, told TheProvince.com that the study has some methodological problems, and there is too little evidence to argue the lead does mostly come from Chinese coal plants. But the results appear to make sense, however, given previous research, Brauer adds.

Samples of tea from China had the highest lead levels, led by Oolong tea, then green tea and black tea, reports TheProvince.com. Organic teas that had been brewed more than 15 minutes had particularly elevated levels of lead, the study indicated.

Those grown in India and Sri Lanka were less likely to have heightened lead content.

The authors suggest routine inspection and testing of foodstuffs and beverages to rule out contamination  – with results being made generally available – might help identify compounds that are heavily tainted and help consumers avoid consuming them.

This might include a self-regulatory process that is overseen by government officials, say the authors.

Labelling products with their original source would also provide consumers with information about the geographic origins of products.

As some jurisdictions appear to have a greater problem with contamination, say the authors, this will give consumers more informed choice in their purchases and the opportunity to provide feedback to jurisdictions that consistently demonstrate contamination.