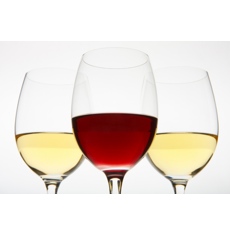 According to a recent survey by Angus Reid, 94 per cent of Canadian wine buyers consider quality before price when making their purchase. However, says the study, 88 per cent of respondents say price is an important factor in their decision.

Although Canadians are making other lifestyle adjustments due to current economic constraints, the study shows that two-thirds of those who buy wine in an average month are still doing so.

Those who have changed their habits say they are looking for lower-priced wine instead of simply not making purchases. And almost 80 per cent of these respondents say brand reputation is a key deciding factor.

Research also revealed some regional differences among wine drinkers. In Manitoba and Saskatchewan 25 per cent said price is not important; in Ontario and B.C. more than 90 per cent said price is very important. Consumers in Quebec and B.C. are also the most concerned about a wine’s origin, whereas wine drinkers were least concerned in Manitoba and Saskatchewan.

Consumers also had mixed reactions to limited-time offers and discounts – Quebec wine drinkers showed a high interest, while those in Atlantic Canada were least interested.

The study of 1,054 adult Canadians – 711 of whom purchase wine at least once a month – was conducted in June on behalf of Beringer Vineyard’s new California Collection wines. The collection includes pinot grigio, cabernet sauvignon and white zinfandel.