The federal government has released its 2015 Canadian Agricultural Outlook, which points to a strong future for the ag sector 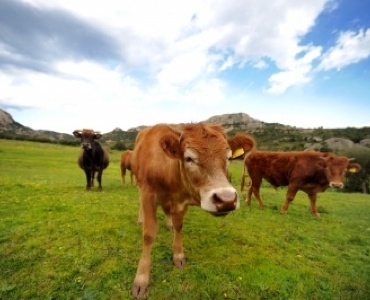 Ottawa – For Canada’s agricultural sector 2014 was a strong year. The good news is that the trend is likely to continue for 2015. 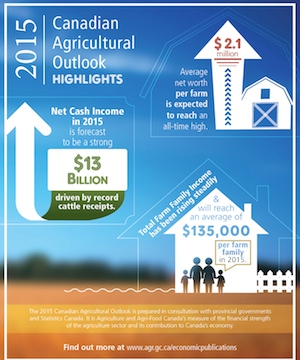 Agriculture and Agri-Food Canada has released its 2015 Canadian Agricultural Outlook, a report that provides a forecast of the ag sector for the previous and current calendar year. It also looks ahead 10 years based on the latest available information.

This year’s report shows growing strength in the cattle and hog industry, strong crop sales resulting from high carry-in grain and oilseed stocks despite softening grain prices, and relatively stable input costs. All these factors produced a record farm income in 2014 and will continue to sustain the agricultural economy in 2015.