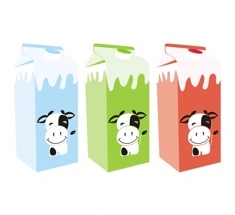 Researchers from the Australian Curtin University of Technology have found that a higher intake of dairy products while on a reduced calorie diet can help fight obesity. In a release on the university’s website, the researchers say that the benefits include greater weight loss and significant improvements in the risk factors for cardiovascular disease and diabetes.

What they found among participants was:

“Many people commonly believe that when trying to lose weight dairy products are key foods that they have to cut out of their diet as they are high in fat,” says Dr. Chan She Ping Delfos, a scientist who conducted the study as part of her PhD research.

In other news, a study out of Sweden has found children who consumed full fat milk regularly had a lower body mass index compared to those who seldom or never drank milk.