Lactose intolerance not as common as previously thought 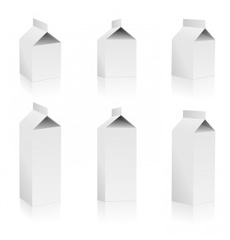 The prevalence of lactose intolerance may be much lower than previously estimated, says a study recently published in Nutrition Today. The new findings, says the NDC in a release, indicate that previous estimates of lactose intolerance incidence – based on the incidence of lactose maldigestion – may be overestimated by wide margins.

The new study shows that lactose intolerance, based on self-reported data, may actually occur far less frequently than presumed.

Dairy may make up nutrient shortfall

The NDC says increasing daily consumption of dairy can be an effective strategy for ensuring adequate intake of shortfall nutrients (such as calcium, magnesium and potassium).

And those consumers who do experience symptoms of lactose intolerance should know there are several practical solutions that can allow for consumption of milk and milk products.

In fact, adds the NDC, according to a recent study in the Journal of Sensory Studies, adults who identified themselves as lactose intolerant reported a higher liking of lactose-free cow’s milk compared to non-dairy, soy-based substitute beverage.