Business is booming for raw pet food manufacturers, but the industry still has critics. Manufacturers are hoping regulations and scientific studies will put an end to the question marks around raw pet food 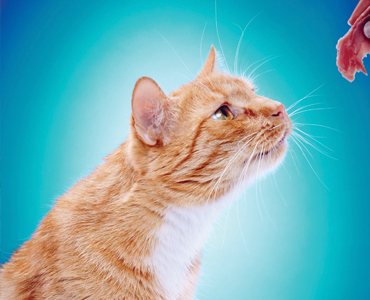 The trend toward more natural, less processed foods has trickled down to four-legged family members. As more consumers look to give their dogs and cats better nutrition and higher-quality ingredients, they’re swapping kibble and canned meat for raw meat and vegetables.

“It’s like the food movement with people,” says Barbara Fellnermayr, president of Richmond, B.C.-based Amoré Pet Foods, which manufactures frozen and dehydrated raw pet food products. “Minimally processed, no preservatives, no additives — that’s what people want for themselves, and they want that for their animals.”

Those are impressive numbers, and they may not even tell the whole story. Dean Ricard, owner of Edmonton-based raw pet food manufacturer Mountain Dog, and president of the Canadian Association of Raw Pet Food Manufacturers, believes those figures only represent about a third of the market. He points out that many raw pet foods aren’t sold at the large retailers that typically track pet food sales, and many people buy directly from the manufacturers. In any case, “it’s growing…and raw pet food is finally starting to become more mainstream,” says Ricard.

That said, the raw pet food diet is not without critics – and safety concerns. The Canadian Veterinary Medical Association’s (CVMA) position is that the potential animal and public health risks in feeding raw meats outweigh any perceived benefits of the diet. Some of the risks, according to the CVMA, are that pets fed raw meats can shed potential bacterial pathogens in their stool that can potentially infect humans. In addition, there’s an enhanced risk of infection in very young children from exposure to the food or feces of pets consuming raw food diets.

The U.S. Food and Drug Administration Center also warns against raw pet foods. A two-year study from the FDA Center for Veterinary Medicine (CVM) showed that raw pet food was more likely to be contaminated with disease-causing bacteria than other types of pet food tested. The study identified a potential risk for pets eating the raw food, and for the owners handling the product, who may have a higher risk of getting infected with Salmonella and Listeria monocytogenes.

But is the risk of handling raw pet food any different to handling raw meat for humans? “Probably not,” says Mansel Griffiths, professor and director of the Canadian Research Institute for Food Safety at the University of Guelph. “But the issue is if the animal becomes sick, then you get large amounts of the organism shed in feces and all the issues that entails…which is why maybe it would be good to avoid giving [pets] raw foods if you’ve got young children.”

Raw pet food manufacturers say some of the food-safety concerns are valid. But they assert that they have high standards in place, both in terms of where they source their meat and how it’s processed, thereby minimizing safety risks.

“We’re concerned about it… but all of our raw materials are humane grade and we get them from good, trusted sources,” says Fellnermayr. Amoré buys its meat, including certified organic beef, directly from B.C. farms. “We’re getting our meat and vegetables from the same places that are supplying restaurants,” adds Fellnermayr. “We start with quality ingredients and we handle it properly, so that’s how we overcome the bacteria.”

Amoré’s dehydrated pet food, for example, which is formulated with free-range meat, vegetables and ground bone, is dehydrated using cool air. “We don’t use any heat, but we’ve got it set up so that the air is moving, we’re dehydrating, and we take the moisture out of the food so the bacteria don’t have any place to survive,” says Fellnermayr.

Red Dog Deli’s Shekhtman points out that consumers need to use the same precautions for handling any pet food, whether it’s raw, dry or canned. “There have been lots of recalls of bacterial and mould contaminations in dry food as well and cases of people getting sick from that,” she says.

Now in its 11th year of business, Red Dog Deli has invested a lot of time, effort and money into making sure it’s processing its products safely and properly, says Shekhtman. “[Our belief] is that the food our pets eat should be [processed] at the same standards as what people eat,” she says. “Everything is done in a temperature-controlled environment with the same standards and food-safety procedures you would see in a human food plant.”

One of the biggest concerns to raw pet food manufacturers is that the industry — and indeed the entire pet food industry — is unregulated in Canada. That means anyone can start a raw pet food company out of their kitchen. “We have some bad actors in the raw pet food industry that are not doing a good job in processing the product and preparing it for the marketplace,” says Mountain Dog’s Ricard. “They are sourcing proteins from less than credible places and those of us that do a good job are lumped into the same group.”

The concern is that there is going be an outbreak attached to raw pet food, and the industry will be damaged as a whole, rather than going after the unsavory players. “If we had a regulatory framework that raised everybody to at least the minimal level of capability, it would get rid of a lot of these guys,” says Ricard.

Raw pet food manufacturers have been trying to work with the federal government to get pet food legislation in place for the past 10 years, but progress has been slow. To help mitigate production and ingredient problems, as well as establish safety criteria for production, the Canadian Association of Raw Pet Food Manufacturers created a set of safety guidelines. But Ricard says the association will continually lobby the government and “talk to anyone who will listen” about the need for regulations.

The association is also looking at doing feeding trials on raw pet food, so the industry will have scientific data to support the benefits of the diet. One of the criticisms about raw pet food from the veterinary community is there is no scientific evidence to support the diet — just anecdotal evidence. “We know that it works. We know what the results are going to be. It’s just a matter of putting it into a climate where it can be monitored and documented and shown to be true,” says Ricard.

For now, the proof is in the pets themselves. “There’s no scientific documented evidence, but there’s physical evidence,” says Fellnermayr. “Look at the dog. You’ll see the difference.”