While sorghum is a newer grain to Canada, in Africa it has huge financial and social potential for growers and consumers 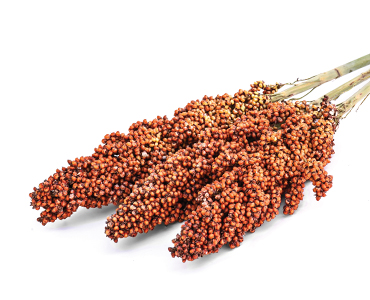 You can be forgiven if you’re not familiar with sorghum. It’s an ancient grain, but before 1991 we couldn’t grow it in Canada. Om Dangi, president, CEO and senior breeder at Ottawa-based Agricultural Environment Renewal Canada, says the varieties out there had to be adapted to our climate, which his organization has worked on for the last 25 years. Today, thanks to Dangi’s work, we can grow a handful of varieties in Canada, but it hasn’t taken our agriculture industry by storm — yet.

The earliest known record of sorghum comes from an archeological dig in the Nabta Playa region, near the border between Egypt and Sudan, and dates back to 8,000 BCE, says the Texas-based United Sorghum Checkoff Program. The website says from there “sorghum spread throughout Africa, and along the way, adapted to a wide range of environments from the highlands of Ethiopia to the semi-arid Sahel.” Sorghum eventually spread to Southeast Asia, China and Australia, and came to

the U.S. in the middle 1700s with slave traders, says Biosorghum.org, which is the website for the Africa Biofortified Sorghum Project (ABS).

So while sorghum is a newer grain to Canada, in Africa it has huge financial and social potential for growers and consumers. Biosorghum.org adds that it’s “the only viable food grain for many of the world’s most food insecure people.” For this reason, one of the goals of ABS is to create a sorghum that “contains increased levels of essential nutrients, especially lysine, vitamin A, iron and zinc.” The project chose sorghum because the crop is drought resistant and can withstand periods of water-logging. Africa produces about one-third of the world’s sorghum, about 20 million tonnes per year, says the website.

Why is it good for us?

Sorghum’s most popular attributes are that it’s naturally gluten-free and is packed with nutrients. Doug Bice, Market Development director at the Texas-based United Sorghum Checkoff Program, says “whole grain sorghum is an excellent source of fibre, phosphorous and vitamin B6. It’s also a good source of protein, magnesium, niacin, iron, potassium and selenium.” Beyond the important nutrients it offers, “sorghum also has a low- to mid-level glycemic index,” which is ideal for consumers who have diabetes or who are at risk of developing it, says Bice.

Jane Dummer, the Pod to Plate consultant and president of Kitchener, Ont.-based Jane Dummer Consulting, wrote in an article on The Huffington Post (“Sorghum: The New Must-have Gluten-free Ancient Grain,” May 17, 2015) that sorghum is also high in antioxidants, including anthocyanin. The antioxidants, she says, “assist in combating oxidative stress and promote immune health.”

How is it consumed?

In Africa sorghum is processed into semi-leavened bread, couscous, dumplings and fermented and non-fermented porridges, says Biosorghum.org. It’s also been found to be an alternative to barley in beer brewing. In the Southern U.S., says The Huffington Post (“What is Sorghum? And Why is the South So Obsessed with it?” by Julie Thomson, Dec. 6, 2017), it was a “staple sweetener…and often went by the name of sorghum molasses.”

Bice says sorghum is a versatile ingredient, which can be added to dishes and baked goods, whether they’re savoury, sweet or somewhere in between. “Sorghum allows for extensive culinary creativity and one-of-a-kind flavour  profiles,” he says. “Sorghum can be used as a grain in a soup or salad. Popped sorghum can be eaten as a snack or as a garnish on a dessert. Sorghum flour can be used to make sweet cakes or naturally gluten-free bread.”

Dummer says sorghum is being used in chain restaurants in the U.S. in gluten-free pizza crust (Papa John’s Pizza) and in gluten-free buns (Chick-fil-A). She adds that it’s definitely being used in blends in “flatbreads, crackers,  pancakes, waffles and more baked goods and breads.” Consumers can cook it as a pilaf or use it in risottos. Sorghum can also be popped or crisped, she says, and since texture is one of the trends for 2018 we may see it in more granolas, for example. “In Canada it’s still in its infancy,” says Dummer, “but I think we’ll hear more about it. It hasn’t been recognized for the value it has  to human consumption.”