Healthy on my mind 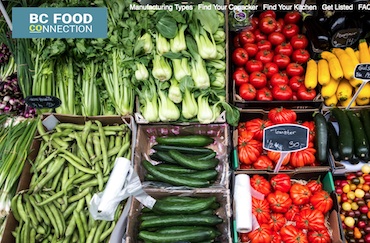 If given a choice, most people choose to eat healthy foods. But the question of what is “healthy” is challenging, and should it be a term we use to describe foods or a diet?

“Healthy” means many things and differs from person to person. Although research shows that 95 per cent of U.S. consumers look for healthy food options, less than 30 per cent say they find this task easy. Other research shows that 40 per cent think that they should eat more foods that “claim” to be healthy. Fifteen per cent believe such claims mean they can eat all the healthy foods they desire. Contemporary concerns that consumers attribute to “healthy” include sugar, use of hormones, antibiotics, pesticide residues and preservatives. The lines of thinking on “healthy” are clearly burred between food safety and nutritional adequacy.

Canada has not specifically defined “healthy.” The general use of the term “healthy” or similar on food labelling or advertising is seen by the Canadian Food Inspection Agency (CFIA) as messaging related to dietary recommendations, such as those that are consistent with Canada’s Food Guide. The CFIA provides guidance on how to properly present such claims. Health Canada introduced a new food guide earlier in 2019, and has also proposed to introduce mandatory front-of-package nutrition symbols (FOP) that focus on alerting consumers to foods high in saturated fat, sodium and sugars. A high level is proposed to mean 15 per cent or more of the daily values (DV) of these nutrients per serving and applicable reference amount, except in the case of prepackaged meal or main dish products which is based on 30 per cent of the DV. The proposed FOP regulations will also prohibit the placement of nutrient content and health claims on the 35 per cent area of the main panel where the FOP symbols would be located. However, foods may still be labelled or advertised with eligible health claims, even where FOP symbols are triggered.

Our U.S. neighbours are also struggling with “healthy.” Both the FDA and USDA govern this claim on the foods under their jurisdiction. In the U.S., the general claim “healthy” is as an implied nutrient content claim. It is not considered a nutrient content claim in Canada. While the philosophies of both countries are unique, the outcome is similar. In some respects, the U.S. is more advanced. For example, FDA’s rules have disqualifying levels of nutrients such as cholesterol, fat, saturated fat and sodium, that when exceeded would disqualify a “healthy” claim. The U.S. rule also requires the food to be a source of a nutrient. This is the infamous “jellybean” rule. A jellybean is free of fat, saturated fat, cholesterol and low in sodium, but is not healthy as it does not offer nutritional benefits. There is a new nutrition facts panel in the U.S. that no longer includes vitamin C and A as core nutrients, instead focusing on potassium, vitamin D, calories and added sugars. The U.S. “healthy” claim has not kept pace. As an interim measure, the FDA will exercise discretion, permitting “healthy” claims when a food is not low in fat, but where its fats are mostly mono or polyunsaturated fat, as these are perceived to be healthier options.

Icons that promote healthy foods, such as the one used by the Whole Grain Council, are enormously influential. There is a movement in the U.S. to perhaps develop a healthy icon that would go along with FDA’s updates to “healthy” claims. There is also a counter-movement that wishes to do away with healthy claims altogether, on the basis that they confuse consumers. The recent update to Canada’s Food Guide, the proposed FOP rules, and even Canada’s new nutrition facts tables with a new %DV for sugars and list of ingredients that identify sugar-based ingredient are meant to provide consumers with information to support the choice of “healthy.” Connecting all the dots is a challenge. The use of powerful icons has not been overlooked by Health Canada. Research has shown that FOP symbols which include a stop sign, the colour red and the words “high in” appear to garner more attention. Take a look at Health Canada’s proposed FOP symbols. A stop sign was not included, but all the other high attention elements are considered. A stop sign might be too powerful. The message is to be aware of the high amounts of saturated fat, sodium and/or sugar, but not necessarily to put the food back on the shelf. Will this make it easier or more confusing for consumers? The fear is that the yin of FOP will cause sway over the yang of viewing “healthy” as part of an overall diet.

There is no quick or easy answer that will address all concerns. In the spirit of keeping it simple, it would seem practical not to wrap the definition around food safety subjects like pesticide residues or consumer value claims like natural or non-GMO. A more practical approach would be to limit the concept to nutritional considerations in a diet, and not to a particular food. In this regard, the Canadian approach seems to be in alignment. The yin must be balanced with yang. This happens when consumers are able to make sense of all this information. Selling “healthy” will not be a success unless consumers are educated.