Why all the interest in a healthy gut? Emerging research about the “microbiome” is making media headlines, and consumers are eager to learn how to harness the benefits. 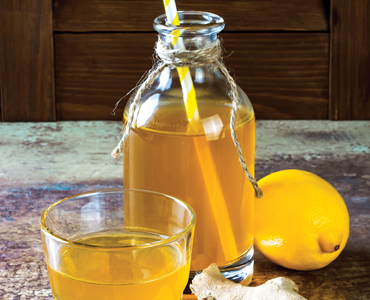 A decade ago, digestive health was labelled a “mega-trend” by author Julian Mellentin of New Nutrition Business in his annual forecast of key industry trends. Moving “beyond the tipping point” is how he described the gut health market back then. Today, in 10 Key Trends in Food, Nutrition, and Health 2017, Mellentin writes that digestive health is “entering a new era thanks to new technologies and new understanding of the effects that gut health has on overall health.” Indeed, with advances in probiotic and prebiotic technology, the market is seeing a new wave in product development.

Microbiome in the media

Attraction to foods supporting digestive health is growing, according to global public relations firm Ketchum. For its 2017 Global Food & Nutrition Predictions, Ketchum interviewed 176 nutrition professionals across North America, South America, Europe, Africa, Asia and Australia. Sixty-one per cent of these professionals predicted more interest in food rich in probiotics such as fermented foods and beverages, while 56 per cent saw better understanding and regard for prebiotics, the “food” for probiotics. An emerging trend, they said, was to combine probiotics and prebiotics in unique products that would work “synergistically to promote gut health.”

Why all the interest in a healthy gut? Emerging research about the “microbiome” is making media headlines, and consumers are eager to learn how to harness the benefits. Microbiome, also referenced as “microbiota” or the “microflora,” is the collection of bacteria (along with fungi and viruses) present in and on different regions of the body. Researchers are discovering that a disruption in the gut microbiome has implications for disease. For example, low microbial diversity is associated with inflammation, metabolic diseases, and autoimmune diseases. They are also pointing fingers at the low-fibre, industrialized Western diet as a reason for a loss of microbial biodiversity. However, scientific study shows probiotics and prebiotics can restore the gut microbiome, and that has consumers and manufacturers excited.

Prebiotics do not yet have the same awareness as probiotics, but asconsumers learn more about the gut microbiome, manufacturers will want to become acquainted. Prebiotics are the non-digestible food ingredients that help beneficial bacteria grow, in other words, fibre is their food source. However, there is a difference between fibre and prebiotics. “All established prebiotics are fibres, but not all dietary fibres are prebiotics,” says Anke Sentko, vice-president of Regulatory Affairs and Nutrition Communication, in a BENEO news release. “There’s a lot of misuse in the market currently.” BENEO’s Orafti Inulin and Oligofructose, derived from chicory root fibres, have a scientific track record, which allows manufacturers to make claims on digestive health.

Canadian food and beverage manufacturers looking to expand their categories are wise to consider incorporating probiotics and prebiotics into their products given the high interest in digestive health. However, William Rowe, president and CEO of regulatory consulting firmNutrasource Diagnostics Inc., says manufacturers need to be aware of federal regulations. Common probiotic bacteria like Lactobacilli and Bifidobacteria do not require premarket safety review by Health Canada because of their history of safe use in food products, he says. “However, if the probiotic bacteria is considered to be a novel food, then the manufacturer is required to prepare and submit to Health Canada a premarket notification demonstrating safety of the novel food for human consumption. Successfully launching a new probiotic product in any jurisdiction combines research efforts with marketing and regulatory competence to meet requirements of the host country.”

One of the most commonly known probiotic foods is live-cultured yogurt. Now, as technology advances, the marketplace is seeing a new wave of innovative probiotic products, including juices, chocolate and vegetable-based snacks.

PepsiCo Beverages Canada launched the first mainstream juice with probiotics in the marketplace this year. Tropicana Essentials Probiotics is a dairy-free, purée blend from concentrate with no added sugar, artificial colours or preservatives, which contains one billion active cultures in every 250-mL serving. Found in the refrigerated juice aisle, the probiotic beverage is available in peach passion fruit, pineapple mango, and strawberry banana flavours.

In an interview last fall with business magazine Fortune, Bjorn Bernemann, vice-president and general manager of Tropicana North America, noted that, “We see ‘functional’ juices growing at twice the rate of mainstream juices.” Indeed, U.S. sales of functional beverages rose from US$12.4 billion to US$18.6 billion between 2006 and 2015, according to databased company Statista. PepsiCo also acquired KeVita, a California maker of fermented probiotic and kombucha beverages, last November.

Other companies are jumping in the sector too. “More effective than a yogurt drink” is how U.K.-based Goodnesse Ltd. markets its Ohso Good chocolate. Each bar, made of Belgian chocolate, provides over one billion live Lactobacillus and Bifidobacterium bacteria, microencapsulated in a patented process and designed to maintain the life of the bacteria for 18-months.

But Farmhouse Culture may be best known for its probiotic drinks, Gut Shots, the brine from making sauerkraut. “In the early days of our business, we had more leftover brine than we knew what do with from the sauerkraut making process,” says John Tucker, Farmhouse Culture CEO. “We started giving shots away at our local farmers’ markets, and pretty quickly it became a Bay Area cult drink. We couldn’t keep it in stock!”

Product innovation with prebiotics is also underway. While most manufacturers use inulin and oligofructose (chicory root fibres) in their new product developments, according to Innova Market Insights 2016, new sources of prebiotic fibres are emerging. They include Jerusalem artichoke, baobab, dandelion and tiger nut, small dried edible tubers that are very high in fibre. Examples of new prebiotic products include a U.S. tea brand called Yoot, containing roasted dandelion and chicory root powder, and TigerNut Horchata, a milky beverage by Organic Gemini.

With new understanding of the effects that gut health has on overall health, manufacturers are in a position to meet consumer demand for products containing probiotics and prebiotics. Clearly, the gut microbiome is a mega trend that is just getting started.

What does it mean?

– Probiotics: Live microorganisms which when administered in adequate amounts confer a health benefit on the host.

– Prebiotics: Non-viable food component that confers a health benefit on the host associated with modulation of the microbiota.
Source: CFIA