More changes are on the way to foreign worker programs, but the food processing industry is calling for a more permanent solution to its ongoing labour shortage 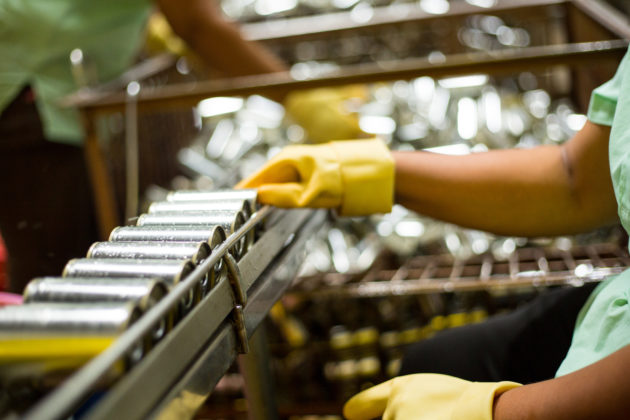 Last October, Manitoba-based pork processor HyLife announced a $125-million expansion plan with much fanfare. The company is investing in its main processing plant in Neepawa and building new finishing barns to supply it, due to growing demand for Canadian pork in Japan and China. It’s positive news for HyLife, but with growth comes a big challenge: how to fill the 165 new positions at both its production and processing facilities.

Finding qualified people is “absolutely” a concern, says Jeremy Janzen, senior director of Human Resources at HyLife, which currently employs 1,900 people. “Whether we’re in expansion mode or we’re just maintaining but having to deal with attrition and turnover rate, labour is number one,” he adds. “We want good people, and we need to ensure we’re not short staffed.” 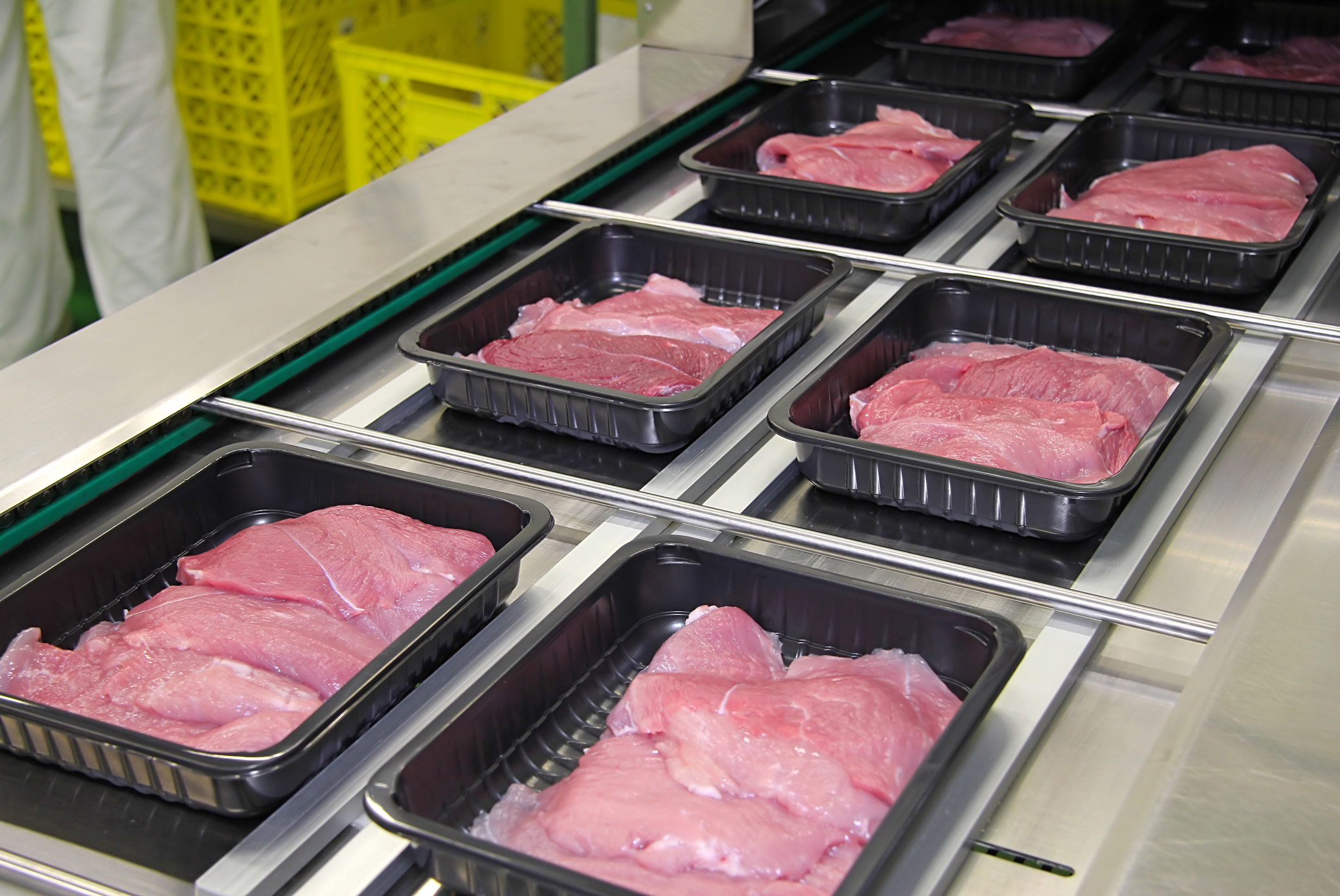 Packing of meat slices in boxes on a conveyor belt

HyLife, of course, is not alone. The labour shortage has long dogged the food processing industry and remains a critical problem for the meat sector in particular. A recent survey by the Ottawa-based Canadian Meat Council (CMC) identified 1,475 vacancies at 15 rural abattoirs, from B.C. to Quebec. The vacancies represent 9.3 per cent of total employment at those facilities.

Overall, the big challenge is that there’s a shortage of people who are interested in doing the frontline work, says Janzen. A second hurdle for most meat processors in Canada is their rural location. “Our unemployment is very low and the general population is low,” says Janzen. “So, the availability of people in general is a challenge in rural areas of Canada.”

To fill the labour gap, the industry relies heavily on government programs such as the Temporary Foreign Worker Program, which allows employers to hire foreign nationals to fill positions when they can’t find qualified Canadians. Some foreign workers may qualify for permanent residency through the Provincial Nominee Program.

In 2014, the then-Conservative government made sweeping changes to the program, including a cumulative duration or “four in, four out” rule. Under the rule, temporary foreign workers who had worked in Canada for four years became ineligible to work in the country for the next four years.

The reforms posed significant challenges to the meat sector, but some relief is on the way. Last December, the current Liberal government announced new reforms to improve the program, including scrapping the controversial “four in, four out” rule. That change (among others that benefit sectors such as tech) is in line with a House of Commons human resources committee report that made 21 recommendations to improve the Temporary Foreign Worker Program. Last month when the federal government delivered its 2017 budget, it stated that it will invest $279.8 million over five years, and $49.8 million each year thereafter, to support the continued delivery of the Temporary Foreign Worker Program and the International Mobility Program. In addition, the government will reallocate $27.5 million over five years, and $5.5 million each year afterwards, to support a targeted strategy for newcomers. The strategy includes improved pre-arrival supports, so that newcomers can begin the foreign credential recognition process before arriving in Canada; a loan program to help newcomers with the cost of having their foreign credentials recognized; and programs to help skilled newcomers gain Canadian work experience in their profession. “In general, we’re very positive towards the general thrust of those regulations,” says Ron Davidson, director of International Trade, Government and Media Relations at the CMC. “The suspension of the four in, four out rule is helpful because it reduces the stress on both the workers and the employers.” HyLife’s Janzen says he’d like to see the government and industry work together to create a new hiring stream “not just on the temporary side, because we don’t see our people as temporary, but on creating that pathway to permanency.”

Jennefer Griffith, executive director of the Ottawa-based Food Processing Human Resources Council (FPHRC), echoes that sentiment. She says the Temporary Foreign Worker Program is not a permanent solution to the industry’s labour woes. “Companies do not want temporary workers. We want workers to stay,” says Griffith. “The ultimate solution is to have some sort of stream or pathway that’s not temporary.”

Griffith points to a new joint federal-provincial program, the Atlantic Immigration Pilot, which gives foreign workers a direct path to permanent resident status. Beginning in March, the three-year pilot is accepting 2,000 applicants and their families. “They’re trying to build communities in these areas, and then hoping that they’ll stay,” says Griffith. “So that’s one strategy we’re looking at to see if that could potentially be duplicated in other provinces.”

While that’s one positive step, the government announced changes to another permanent residence program — Express Entry — that will negatively impact the industry, according to the CMC. While only retail butchers qualify for Express Entry — not industrial butchers — some plants have used the program to access workers who specialize in high-level retail cuts. Under the program, candidates are ranked against others in the pool using a point-based system. As part of the changes announced last November, the number of points awarded for a confirmed job offer in the category that butchery falls under was reduced from 600 to 50. The reduction in points “essentially means that the meat industry has been excluded from that program,” says Davidson. “So that was one negative thing that happened late last year.”

The FPHRC is hoping one of its programs could help foreign workers gain recognition for their skills. As part of its “Raising the Standards” initiative, last summer the council launched the first and largest database of manufacturing skills in Canada. The project provides the food manufacturing industry with national competency-based occupational standards to ensure safe practices and professionalism in the workplace.

According to the council, the standards have a wide range of HR applications, including training and education, and professional certification programs. “All these different things are important because the government needs pathways to be able to bring in foreign workers,” says Griffith. “So this could contribute to recognizing workers’ skills from other countries when they come to Canada.”

Meanwhile, employers continue to find ways to recruit workers on the domestic front. In addition to the usual tactics such as job fairs and advertising, HyLife tries to find creative solutions and “think a little outside of that box,” says Janzen. For example, last year HyLife began work on a recruitment plan with the Sandy Bay First Nation in Neepawa, and currently employs 26 indigenous people. HyLife has also consulted with the community on setting up a meat-cutting program on the reserve.

In addition, the company is connecting with colleges and universities, such as the Asper School of Business at the University of Manitoba. “As we look at our expansion, it’s not just the frontline positions — we’re hiring for all different positions,” says Janzen. “We’ve had to hire some engineers, so we’ve had meetings with the engineering department at the university. Getting our name out there through face-to-face [meetings] with students, student associations, universities and colleges is probably the most important new strategy that we’re working on.”

Janzen’s point highlights another underlying issue for the food processing industry at large: lack of awareness. FPHRC’s Griffith says there are plenty of opportunities to rise up within the industry — lead hand or supervisor, for example — and there are many different areas within the industry that many people aren’t aware of, such as food safety, quality assurance and logistics. “People aren’t thinking of working in the food processing industry,” says Griffith “It’s not a sexy sector [in their minds], but there are good careers and good career opportunities.”

Part II of Food in Canada’s series on the labour market will appear in June 2017, and will focus on raising awareness about the food processing industry and engaging the next generation.