Barley may not be sexy, but a campaign is on to shake up the image of this healthy, hearty grain 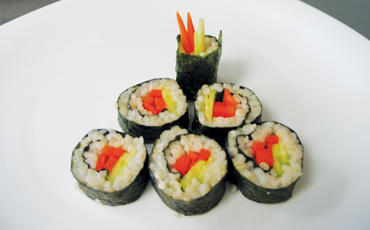 Beer. Beef barley soup. Beer. For most consumers, that’s as far as their experience with barley goes. But how about vegetarian barley moussaka? Or Chocolate Barley Crêpes? Shrimp and Pea Barley Risotto? Perhaps Pineapple Barley Mousse? There’s a whole other barley world out there, and these are just a few of the recipes that can be found at www.GoBarley.com, a site that launched in 2013 and is sponsored by Calgary-based Alberta Barley. In fact, there are so many different ways to use barley that the organization created a cookbook, Go Barley: Modern Recipes for an Ancient Grain, which launched this past April.

Linda Whitworth, co-author of the cookbook and Alberta Barley’s Market Development manager, says barley is the forgotten ancient grain, without much of an image. But, she says, the time was right to re-introduce it to the market. “There’s so much attention being put on the other ancient grains,” says Whitworth, “we thought barley is the most ancient of them. We have to make consumers realize the reason barley was eaten back then should be the same reason to eat it today.”

Barley is a cereal grain and one of the oldest domestic crops. It’s a member of the grass family and grown pretty much across Canada. Whitworth says barley is originally from the area known as the Fertile Crescent, which includes the Persian Gulf, Iraq, Syria, Lebanon, Jordan, Israel and northern Egypt. Evidence shows that barley was used for food and beer as far back as 3200 BC.

Barley is unique, says Whitworth, because it has fibre throughout the entire grain. Once processed, most other grains lose their fibre content, but that’s not the case with barley. The grain contains beta-glucan, a type of soluble fibre that lowers blood cholesterol, and insoluble fibre, which helps maintain regularity and promotes digestive health. Barley also has thiamin, niacin, folate, riboflavin, iron, calcium, potassium, phosphorous, magnesium, manganese, zinc and selenium, and is low in sugar, fat and salt.

In 2012, Health Canada approved a health claim petition prepared by Dr. Nancy Ames and her team. Ames is a research scientist with Agriculture and Agri-Food Canada and adjunct professor in Human Nutritional Sciences and Food Science at the University of Manitoba. The claim is for the barley beta-glucan which lowers cholesterol and reduces the risk of heart disease. But the dose is important, says Ames. “Consumers need at least three grams of beta-glucan per day or a minimum of one gram per serving size, three times daily.” To use the claim, foods must contain at least one gram of beta-glucan from barley grain products per serving.

Ames and her team are still studying barley because there is evidence that it also lowers glycemic response and improves satiety.

Barley grits and flakes can be used as an additive in multigrain bread formulations. Barley flakes can be used to make cookies and other baked products. Provided the bran and germ are present, barley flour is also considered to be whole-grain, and can replace all or part of the wheat flour in a wide assortment of bakery products including pan breads, flat breads (pitas, tortillas, chapatis), cookies, muffins and cakes. Depending on the product, even partial replacement of the wheat flour is possible to achieve optimum quality. Barley flour can also partially replace wheat flour in pasta and noodles, while extruded snacks and breakfast cereals can be produced using 100 per cent barley flour.