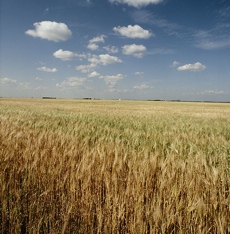 Food processors and manufacturers may soon be looking to barley when developing healthy food products.

The Winnipeg, Man.-based Canadian International Grains Institute (CIGI) and the Leduc, Alta. Food Processing Development Centre have been working to develop new food barley products since April 2008. It’s hoped that their research will help promote the use of Canadian food barley, including hulless barley as a whole grain flour ingredient, in bread, cereal, pasta, baked goods and meat products.

The two research centres, together with food and ingredient companies, are evaluating several hulless varieties and comparing their effectiveness in different food products.

Not Just for Beer Anymore

While barley in North America has been used mostly in beer and animal feed, it’s hoped that hulless barley varieties, which allow for production of 100-per-cent whole grain barley flour, will encourage producers to use it in food products more often. Barley contains high levels of beta-glucan soluble fibre, and in the U.S. products are allowed the health claim that barley may reduce the risk of coronary heart disease.

Currently there is no health claim for barley allowed in Canada, but according to John Dean, project manager for Food Barley at CIGI, “As part of a continuing effort to obtain approval an application was made to the federal government earlier this year.”

It also means that getting information out to food processors and consumers is a key party of the initiative. A website, www.canadianfoodbarley.ca, offers information on nutritional benefits, production and statistics.