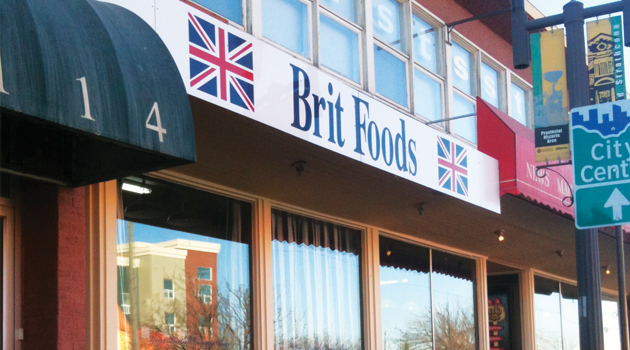 While changes to import and export regulations may have Canadian manufacturers, distributors and retailers concerned about compliance, one controversy earlier in the year proved to be the result of existing regulations.

Earlier in the year Tony Badger was informed by the Canadian Food Inspection Agency (CFIA) that the importation of certain products containing meat and other products containing ingredients in certain proportions were not allowed in Canada. Badger, owner of Brit Foods in Edmonton, Saskatoon, Sask. and Parksville, B.C. since 1997, was told that shipments containing meat products must either be exported from Canada or destroyed by a certain date. Badger claimed he was not receiving his orders in a timely enough manner, and taking a $20,000 loss on banned, damaged or expired goods.

At the time, the British foods importer claimed the government was unfairly targeting his business. In fact, typed letters posted throughout Badger’s Edmonton location cited the enforcement of this regulation as the reason for the store’s closure this spring. Now, however, Badger is back under a new name and in a new storefront, Churchill’s British Imports, which opened in late October.

Regarding Badger’s import issues, CFIA media liaison Rachael Burdman notes, “In Canada, the Canadian Food Inspection Agency has the responsibility of regulating the importation of animals and animal products in order to prevent the introduction and spread of disease which could impact the health of humans and animals. In relation to the Brit Foods issue, products containing two per cent meat or more that were imported from the U.K. without the appropriate certification were placed under detention and removed from store shelves at the Brit Foods stores located in Saskatoon, Sask. and in Parksville, B.C. No other products were removed from the shelf. Further products that were ineligible for sale in Canada due to non-compliance with federal Food and Drug Regulations were voluntarily removed from sale by the owner.”

Food additives are another area of concern for those importing food into Canada. New importers may not realize it, but Canada has restrictions regarding what is a healthy food additive. These restrictions are found in Health Canada’s list of Permitted Food Additives and can include products with more than the recommended amount of vitamins, for example, or food spreads such as Marmite.

Keith Mussar, vice-president, Regulatory Affairs Chair, Food Committee I.E.Canada, Canadian Association of Importers and Exporters, points toward a better future for import regulations and their understanding in practical use. Mussar explains that food importers come in different designations, “There are brokers, law firms, major retailers. When it comes to importing food into Canada many companies do multiple functions.”

The Canadian Association of Importers and Exporters has a list of about 500 members involved with importing. Mussar says that through liaison efforts with IE Canada and direct contact with importer/exporters, a few issues have come up which needed clearer legislation or explanation to those in the food import business.

Mussar also points to colleges that offer import and export law classes for their business management students. Toronto’s Humber College is one of the more informed in this area, and regularly teaches the impact of regulations to prospective import/export business students, including in programs like Global Business Development. Knowing the laws, however, does not make them easier to understand or enforce.

“We are currently in the process of assisting the government of Canada (through the CFIA) in re-writing these regulations, the 2012 Safe Food for Canadians Act, for instance, along with others, so that in the future the finished new regulations will combine four separate acts,” says Mussar. “There will be new required licensing, and to enforce the safest practices there will be clear regulations needed.”

While current laws will remain in place until the new regulations are completely written, a glimpse at the future act appears to hold clarity for business owners and import/exporters alike. “The biggest change will be a licence, and the requirement to hold that license. Procedures to verify the company and its licence,” Mussar notes.

The new licence will cover the import/export and manufacture of food in Canada and a process to be sure that the licence holder knows the regulations, understands them, and implements them. says Mussar. “Currently there are regulations regarding the import of cheese, beef and veal ­­— with the licensing regulations it will help all parties be aware of those limits and new regulations will be in place that reinforce the safety of food. Labelling of food will need to comply or be brought into compliance via an added label prior to sale.”

The legislation and the Safe Food for Canadians Act have been a seven-year process, which Mussar hopes will be finished by 2015. In the meantime, for those who are importing and selling imported food, the best way to avoid problems is by staying aware of proposed and upcoming changes. The CFIA offers a website, Forward Regulatory Plan 2014-2016, with additions and amendments that can be viewed at http://www.inspection.gc.ca/about-the-cfia/acts-and-regulations/forward-regulatory-plan/2014-2016/eng/1361998257864