From a tweak to full-on redesigns, the packaging industry is constantly striving for new and better 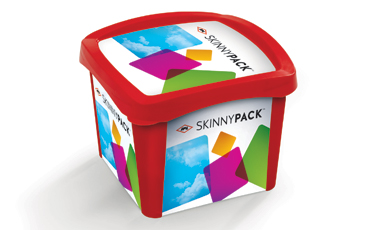 Innovations in food packaging can be subtle or sweeping. Sometimes it’s a matter of tweaking a small feature — making a package easier to pour for example — and sometimes it means creating a whole new design, making the package more sustainable and cost effective. Either way, packaging and packaging design is always in motion.

Which is just as well because as food processors work to meet changing trends, so too must food packaging designers and engineers. Because food packaging is not just about containing the product inside. Packaging is about branding, sharing information, protecting, preserving and creating solutions that meet those current trends, such as sustainability and clean labels. That also includes meeting the demands of particular market forces, such as millennials and boomers.

In Canada, companies such as Pano Cap (Canada) Ltd. and IPL Inc. have helped fashion top to bottom packaging solutions for food processors from existing technologies or new ones they created. Here’s a look at how they’ve worked with clients.

For the most part, closures in food packaging don’t change radically or often. They have two functions — explains Martin Downey, Distribution Sales manager at Kitchener, Ont.-based Pano Cap (Canada) — to provide proper seal-ability and easy access to the product.

One new innovation in closures is the valved closure adopted by Kraft’s MiO brand, a line of liquid water enhancers. What’s interesting here is that the valved closure itself is not new, says Downey, who notes that it’s been used in pharmaceutical and ophthalmology applications for several decades. “But it’s now being applied to a whole new category that didn’t exist three years ago — this concept of adding a flavouring in liquid form didn’t exist,” he says. “The closure is what made a difference there.”

The valved closure contains a valve within a hinged cap. The valve dispenses an exact quantity and cuts off in a very clean fashion without leaks. It suits the brand perfectly, since the product’s biggest selling point is the customizable feature: consumers can use as much or as little as they choose. Downey says other applications are being considered such as coffee and liquor enhancers.

Another innovation in closures Downey sees is the concept of printing on threaded caps. Again, the idea isn’t new, but it’s a concept that’s had some kinks to work out. “Printed caps are kind of lost out there,” explains Downey, “in that it doesn’t happen very often and when it does it’s not usually very good.” The technology being used is in-mould labelling (IML). IML has been around for 30 years, says Downey, but it’s only recently that it’s being used for threaded closures. Pano Cap (Canada) markets the technology as In-Mold Labeled Closures.

Because the cap is generally left blank, IML for threaded closures is unique as it offers food processors that “unused geography.” The IML technology also offers far better graphic quality compared to direct printing. It may not be something consumers will see on bottled water caps (they’re too small for the expense to be worth it), but on larger diameter closures it offers processors an ideal way to stand out. It is especially good for products in large bottles, such as whey protein powders, that in some stores may end up on the floor.

Back in 2008, says Rodrick Levesque, the need for better barrier packaging spiked. Levesque, who is Barrier Specialist, Advanced Engineering, at Saint-Damien, Que.-based IPL, says there were several factors behind this. For one thing, consumers were demanding cleaner labels. And food processors were looking for solutions that would allow them to use less or no preservatives and salt in their products, but still allow them a reasonable shelf life. Another factor was that more small- to mid-size food processors wanted to distribute their products further away. And, “more importantly,” says Levesque, “they wanted their products to have the same taste from time zero to the end of their shelf life. They wanted to preserve the colour, the taste, the texture and nutritional content.”

Taken all together, it was one tall order. Rodrick says IPL decided to invest more R&D in oxygen-barrier technology, and by 2012 the

company had developed a prototype. The technology IPL created is called Zero2 Barrier Technology, an oxygen-barrier multilayer In-Mold Labelling film that is fused to injection-moulded containers. Levesque says that since then IPL has initiated 30 shelf-life studies with NSF-Guelph Food Technology Centre and customers, their products and their containers to see how they compare to the Zero2 technology. Zero2 offers another choice for food processors who today often look to aluminum cans (which use BPA as a liner) or glass as oxygen-barrier packages. IPL has several potential customers with food products such as pasta sauces, and fresh gourmet dips.

In 2012, IPL also unveiled a prototype of a packaging technology called SkinnyPack, which is a cross between a rigid package and a pouch. The product, which won a Gold Award this year for Best Prototype Package at the In-Mold Decorating Association Awards, is a thin, but strong packaging technology that fuses a flexible, printable film to a sturdy, rigid frame. It uses less plastic and offers sharp graphics. The package can be made with film as thick or as thin as customers want, and is suitable for food products such as powders, spices, liquids and prepared salads. Levesque says there are two major brands interested in the technology that could have their products in SkinnyPacks by the end of the year. Both companies will be using it for specialty cheese products.

The future of food packaging

Food packaging is not static. There are always new products and innovations. For instance, Cascades recently created new mushroom containers, while TetraPak launched new carton caps. Salad manufacturers are using easy-open rigid packaging. Cans can now tell consumers when their beverages are cold. Cups from Loliware are rigid and edible. Interactive packaging is growing. And there’s even packaging that can self-heat or self-cool.

Anton Steeman, a Brazil-based packaging consultant and technical writer, says that in the future we’ll likely see more sophisticated microwaveable packaging. “Packaging in which solid foods (protein, vegetables) are heated at different intensities, while the same packaging even contains a fresh salad.”

And there’s much more. Researchers are working on micro, smart and anti-microbial packaging. Then there’s edible packaging. Wiki Cells is just one company working on several edible solutions, while recently a graduate student in the U.K. created Ooho!, an edible water packaging.

There’s also a material called Oshenite from US Aragonite Enterprises. Oshenite is oolitic aragonite, a mineral harvested from the Bahamas. Marc Goldenberg, president of the company, says “we’ve been working with food companies and their plastic packaging for two years. Many have been waiting for us to get to where we are now, being able to deliver the quantities they need. Almost all companies are interested in our new alternative to fossil fuel-based plastic resins. Not only does Oshenite offer environmentally friendly benefits, but it also in many instances allows for a reduction in unit cost.”

Another interesting packaging innovation comes from Tomorrow Machine, based in Stockholm and Paris. Owners Anna Glansén and Hanna Billqvist have created packaging that changes shape to double as a dish or bowl; a juice “box” made with algar seaweed that withers when empty and can wash down the drain; and packaging for rice that can be peeled off like an orange and composted. Glansén says they have food and pharmaceutical companies who are interested in their designs, which, she says, undergo a lot of testing. Glansén adds that the food industry is constantly looking for new ways to create more environmentally friendly packaging so there is demand for products like theirs. “Our vision as designers,” says Glansén, “is to build a better world through research, new technologies, intelligent materials. We believe in looking at science from a creative point of view to shape the innovations of tomorrow.”