From farm to cup

Controlling the sourcing and roasting process can provide a consumer advantage 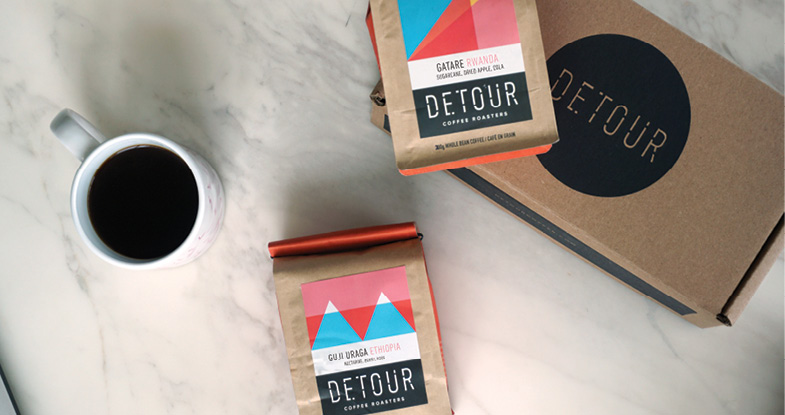 Coffee can be liquid gold for many adults in the early morning. For many, it’s not just about the caffeine pick me up, but about the aroma, flavour, and how the coffee has been produced. Many coffee connoisseurs have a favourite local coffee shop they visit before starting the workday or weekend activities. Although often chosen based on location or convenience, increasingly, consumers are choosing to purchase their brew from a retailer who offers coffee that is not only flavourful, but coffee that they can feel good about drinking, too.

Sustainable sourcing of coffee beans and reducing the environmental impact of roasting beans not only makes consumers feel good, it allows coffee producers full control over the product from farm to cup. It can also be good business. Two companies that have 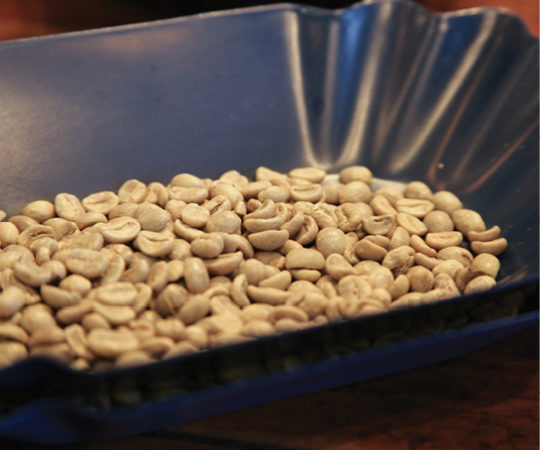 had success with sourcing and roasting their own beans are Balzac’s Coffee Roasters and Detour Coffee Roasters. Food in Canada spoke with them about the opportunities this method has provided and how it has expanded their reach beyond a four-walled coffee shop.

For Balzac’s Coffee Roasters, its first location didn’t have four walls, but four wheels. The owner and founder, Diana Olsen, started by selling off a cart in Toronto. With the desire to expand, Olsen took a coffee roasting and bean selection class in San Francisco. Balzac’s Coffee Roaster’s first retail location opened in Stratford, Ont. in 1996, and the company’s coffee roasting occurred shortly after.

Twenty-five years later, Balzac’s has grown to 15 locations across Ontario and the company roasts its beans in its Ancaster, Ont. plant. Throughout the growth of Balzac’s, the company has minded the social and environmental impact of their products.

The majority of their coffee is fair trade or offers forms of support for the coffee growers. Balzac’s coffee program also incorporates seasonally sourced beans and flavours.

“We try and bring in coffees that are kind of unique, ones we don’t see all that often,” said Will Thornburn, director of coffee at Balzac’s.

Balzac’s Las Rosas blend combines the company’s values and goals. Empowering women in the workplace is a part of Balzac’s company culture, where about 75 per cent of their employees are female. Coffee beans for the blend are sourced from Las Rosas, a co-operative of over 400 women in Columbia who take part in the growing of coffee beans on (usually) their families’ plantations. The co-operative has allowed the women to have equal income potential to their husbands, thus improving the family’s prosperity.

Another form of sourcing coffee beans is direct trade, which is how Detour Coffee Roasters

in Hamilton, Ont. sources their beans. This method has a company trade directly with a farmer instead of going through an organization.

“Fair trade has auditing to make sure that everybody is compliant. It’s really good for local infrastructure,” said Sheira Homsy from Detour Coffee Roasters. A lot of farmers involved pool their resources, including green beans, but it makes it trickier for buyers to purchase a specific lot of coffee, which can be important in terms of quality, she said.

“It’s understood that the buyer has a direct relationship with the producer, we can trace our quality over time. We develop relationships with the farmers and buy the same lot, over and over, year after year,” said Homsy. “It’s a model that benefits smaller farmers who focus on quality and improve their equipment. Detour buys all of these at a significantly higher price than the fair trade for price. It’s a mutually bene­ficial relationship for everybody.”

Similar to Balzac’s, Detour started with a storefront and went into roasting shorty afterwards. Both of these coffee processors are a part of what’s known as the “third wave” of coffee — companies who microroast, producing smaller, high-quality batches.

After a few years and some growth, Detour moved to a larger facility where they have the ability to store more products.

“Rather than having a small warehouse and constantly having to bring coffee in every week,” said Dan Sherrington, head roaster at Detour, “what we’re trying to do is store more coffee in our facility and receive a lot of it at once. More coffee is coming to us at once and we’re able to store it to be a little more efficient.”

To do this, Detour had to change the way it shipped beans to its facility. Previously, they had to share a shipping container with other companies since they roast their beans to order. This allows the coffee to be as fresh as possible while limiting food waste.

Although there are “massive coffee growing operations” around the world where the beans are not hand-picked, Balzac’s prefers hand-picked Arabica beans from countries including Brazil, Columbia, Ethiopia, and Peru. Hand-picking allows a more selective process of which bean is ready to be picked, said Thronburn, which leads to higher quality.

Coffee is shipped to Balzac’s Ancaster plant in 152 or 132-pound bags, where they are dried and then roasted. 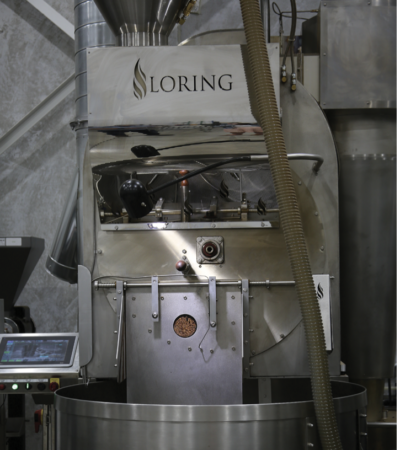 During the drying process, coffee beans either are spread out on a concrete pad or raised beds. However, challenges arise when processors lay their coffee on concrete pads. Some processors use rakes to turn the beans over, which can lead to chunks of cement being mixed in with the beans.

A feature of Balzac’s roasting process is the Keystone, which is a machine that sorts out the pieces of cement or patio that may have been included during the drying process.With the increasing demand for Balzac’s coffee, they recently added a 70-kilogram roaster. Prior to the upgrade, all of the roasting was done on a 35-kilogram machine. Now the smaller roaster is used for their seasonal roasts, but when demand is high both machines are busy roasting.

Both Balzac’s and Detour have a Loring Smart Roaster, which has an 80 per cent reduction in greenhouse gases compared to conventional roasters.

The Loring heats the air inside the spinning drum where the coffee is roasted. Unlike other roasters, the drum itself is heated instead of the coffee beans. The roaster keeps the heat in from the after burn and recycles the air back into heating the drum instead of letting the smoke and heat out into the atmosphere. In a traditional roaster, a secondary system would be required to move the heat and smoke out of the facility.

“It creates a very different flavour profile because of how that air circulates. It can create an even taste profile,” said Thornburn.

Since the Loring roasts coffee in a different manner, there is a debate over the flavour profile, said Sherrington. “It’s something that the industry is working on,” he said.

Even if the flavour profile is debatable, such an eco-friendly roaster offers each company another layer of sustainability, which can appeal to customers. Consumers have the choice of where they purchase their coffee, and can decide this based on whether the coffee is sustainably grown and harvested, how it sourced and how it is roasted.