Green Mountain Coffee Roasters, fresh after announcing a partnership with Campbell’s, is closing its Toronto site and cutting 120 employees

Montreal – A Vermont-based specialty coffee manufacturer is closing up its Toronto facility and laying off all 120 staff.

The news of the closure and layoffs came after announcing a partnership with Campbell’s Soup the day before.

Green Mountain Coffee Roasters Inc. says it is consolidating its Canadian coffee and portion pack production to its Montreal facility.

The company, which is known for its Keurig brand coffee and tea pods, made the announcement Sept. 5.

Production at the Toronto plant is expected to cease as of March 5, 2014.

Once it’s closed the company will manufacture all of the licensed Keurig Brewed K-Cup and Vue packs for use in its Keurig brewers in eight facilities in the U.S. and the Montreal site in Canada.

Just a day before the announcement of the closure, Green Mountain Coffee Roasters and Campbell’s unveiled a partnership that will see the roaster manufacture Campbell’s Fresh-Brewed Soup K-Cup packs.

The packs will deliver a hot broth through the Keurig brewing system. The Campbell’s Fresh-Brewed Soup will consist of a broth K-Cup pack and an included packet of dry pasta and vegetable blend garnish. Consumers can brew the broth K-Cup pack over the garnish to create the snack.

Brian Kelley, president and CEO of Green Mountain Coffee Roasters, explained that the company made the decision after assessing how effective its manufacturing, distribution and logistics network was across its locations in the U.S. and in Canada.

“After careful analysis of facility-specific operational costs and the Toronto facility’s inability to expand to accommodate future growth, it was clear that consolidating our Canadian-based production to our Montreal facility is the right business decision to support our strong and growing presence in Canada,” he said.

Kelley also added that the company had expanded the Montreal site by more than 40 per cent this fiscal year.

He also added that the company intends to support the 120 employees in Toronto and their families through the process by offering outplacement services. 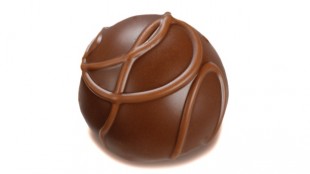 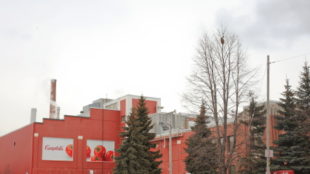