CETA will open new market opportunities for Canadian food and beverage products, if the industry is ready to access them 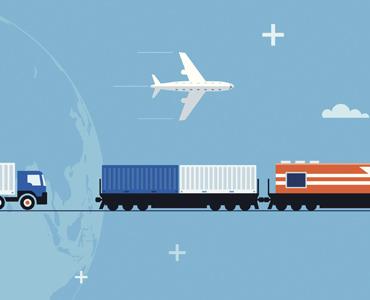 With a consumer base of more than 500 million people and annual economic activity of $18 trillion, the European Union (EU) is one of Canada’s most significant trading partners, second only to the U.S. That relationship is about to be tested with the ratification of the Canada-EU Comprehensive Economic and Trade Agreement (CETA), a historic trade deal that will see tariffs fall and markets open. Touted as our nation’s most ambitious trade deal ever, CETA has the potential to benefit all Canadian industries eyeing exports, including food and beverage processing. But is the industry ready to seize the opportunities the agreement will offer?

When it comes into force in 2017, CETA will open market access for both trading partners by eliminating almost all tariffs between the two markets (with some phased out over several years) and reducing some non-tariff barriers. A 2009 joint Canada-EU study, Assessing the Costs and Benefits of a Closer EU-Canada Economic Partnership, showed that such a deal

could boost bilateral trade by 20 per cent, while adding $12 billion to the Canadian economy. In addition to this preferential access, the deal will allow for mutual recognition of professional standards, access to government contracts, and access to new technology and investment. It promises to create jobs, increase the flow of goods, services and investment, and serve as a platform for markets beyond the EU. Industries currently with high tariffs, like agriculture and the food and beverage processing industry, have potentially the most to gain.

“From a market access perspective I can’t imagine how it would be anything except really good for the food industry,” says Larry Martin, principal of agri-food consulting firm Dr. Larry Martin & Associates, and partner at Agri-Food Management Excellence Inc. “Whether you look at it from a raw food perspective or from a food perspective, removing all that protection can’t be anything but a good thing.” On the food processing side, beef, pork and bison processors will see immediate gains, as will categories like cereals, canola, maple syrup, pet food and confectionery.

“The question is whether the Canadian industry has the wherewithal to get after it or not,” says Martin, who adds that exporting is just not on the radar for most processors. Martin sees inefficiency, as well as the high presence of multinationals in the Canadian market, as roadblocks to exporting. “Beyond that, the data show that we’ve been disinvesting in the food processing industry in Canada for the past 10 years,” he says, “So what do we have with the economies of scale to actually compete well in? We’ve got to get bigger plants, better equipment and/or we’ve got to maintain our advantage on flexibility, which we used to have, and start to be more aggressive in terms of product development.”

Jean-Charles Le Vallée, senior research associate for the Conference Board of Canada – Centre for Food, agrees, saying “A lot of our food market doesn’t think outside Canada – but that’s where most of the business is going to grow.” As well as developing a more outward focus, he says that Canadian processors must be prepared to address issues that will run into non-tariff barriers, including things like growth hormone in beef. “If we don’t address these issues we can’t access the European market, so you might see a shift away from those in the sector,” he says. Other barriers that processors must be prepared to hurdle include food safety certification, differences in labelling, regulations, allowable ingredients, product size and even non-tangible barriers such as pricing and marketing.

“It’s great that tariffs are eliminated, but we can’t take advantage of it if we don’t understand the market,” adds Le Vallée, emphasizing that the EU is not one but 28 markets, all with different sub-regional markets. “It’s a mature, high-end market, so it’s great for premium or niche products. But you really have to understand the food culture, and what we can produce that meets those demands that they don’t produce themselves already. And don’t forget, we have strong competitors already accessing that market.”

Doing your homework well in advance is essential to success in the diverse and highly competitive EU market. “It’s not at all a homogeneous market like the U.S., and you’re not facing one set of rules at the border,” says Danielle Goldfarb, director of the Global Commerce Centre for the Conference Board of Canada. “It’s a question of looking at the different markets in Europe and understanding the types of opportunities you can leverage, rather than assuming you can just make your product and send it there.” Goldfarb says having a face-to-face presence, and showing cultural understanding will help in navigating the market. “CETA won’t address market preferences, and the necessity to innovate and differentiate,” says Goldfarb. “As with any trade deal, those people who are going to benefit the most from it are those who are the most innovative and creative and who differentiate their products.”

The Global Commerce Centre’s report For Innovators Only: Canadian Companies’ EU Export Experience looked at more than 9,000 Canadian companies across industries exporting to the EU. It found that product innovation was critical to success in the market, regardless of company size (interestingly, it also found that while SMEs represent lower-volume shipments, they grew the fastest in the EU). “We found a very clear causal relationship between exporting new products to the EU market, and remaining in that market and growing your sales,” says Goldfarb. “We also know from our research that a number of Canadian companies were not immediately profitable when they went to Europe, and that’s because they didn’t anticipate how different the market was going to be.”

In addition, the report found that success in more mature EU markets was generally easier than in emerging EU markets, meaning picking the right destination for your product is crucial. Diversifying to other markets once you’re established is also smart. “To really succeed you’ve got to go to where there’s demand, and where you’re able to respond to that demand,” stresses Goldfarb.

The Conference Board is forecasting 13-per-cent growth in agricultural products to the EU and nine-per-cent growth in food and beverage products annually over the next five years, mainly as a result of the CETA deal. Clearly there are real opportunities for food and beverage operators ready and willing to take the leap. “You’ve got all that growth taking place in the export market, but we’re losing market share,” says Martin. “The world’s out there waiting for us to take advantage of what it offers.”

If you’re considering exporting to the EU it’s important to get to know your new consumer first. Although similar to Canadian consumers in many ways, some significant differences could make or break a product in the sophisticated, mature EU marketplace.

Alan Rownan, analyst at Euromonitor International, says European consumers continue to seek out clean label, non-artificial, and “natural” products, while they look for more transparent, easier-to-digest labelling. GMO, in particular, is a “contentious and highly divisive issue in the EU,” says Rownan, noting that half of all EU member countries have already banned farmers from growing GMO crops, although GMO imports “have not been outlawed in the EU despite strong opposition.”

Not surprisingly, Rownan says organic packaged food “remains steady, with the biggest players being the Western markets,” including Germany, France, the U.K., and Italy. However, in some markets, like the U.K., “third-party sustainability certifiers…appear to be attracting some organic consumers away toward other ethically conscious variants.”

At the same time, sustainability continues to be a key issue for EU governments, corporations and consumers, particularly the millennials, “leading to an increase in sustainably sourced product on the shelves,” says Rownan. As a result, ethical sourcing labels like UTZ Certified, Fairtrade and Rainforest Alliance are seeing greater prominence in categories such as confectionery, tea and coffee.