From Gen We’s focus on health and organics, to seniors’ desire for something sweet after meals, Food in Canada looks at the eating habits and food demands of today’s generational cohorts 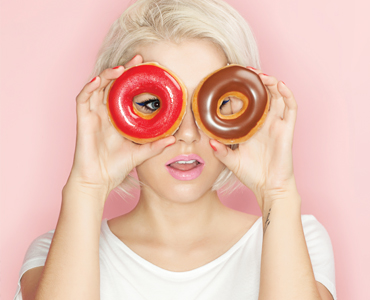 While millennials often get the most attention from marketers, a new consumer force is emerging: the youngsters born after millennials. “They’re going to define the future of food,” says Therese Caruso, managing director of Global Strategy and Insights at Zeno Group, a global communications firm.

Zeno Group divides today’s post-millennials into two groups: Gen We (14 to 20) and Generation Z (21 to 25). “We know millennials are the foodie generation, but Gen Z and Gen We are even more knowledgeable about food,” says Caruso. “They love food, but they’re uber-focused on ingredients and the health aspects of food. No other generation has looked at food labels like this generation.”

Gen We, what matters most when reading a food label is organic (46 per cent), followed by free of ingredients they’re allergic to (43 per cent) and ethically raised (43 per cent).

On the beverage side, Gen We is looking for environmentally friendly products/production (41 per cent), whereas millennials are looking for natural products (47 per cent). “For Gen We, ‘natural’ doesn’t mean anything,” says Caruso. “They want more than the word natural. They want to know what natural means.”

When it comes to marketing, Caruso says engagement is big with today’s young consumers. “It’s about ‘how is this food going to help give me an experience, what does the package look like and how do we serve it and [enjoy it] with friends?’” says Caruso. “Food has to be nutritious, it has to be fun and experiential, and it has to bring people together.”

A large and powerful consumer group, millennials (born between 1976 and 1995) represent 23 per cent of the Canadian population. They’re passionate about food, have adventurous tastes and place a big emphasis on health.

“Interestingly, millennials are also more likely to agree that restaurants generally offer better quality compared to food they bring from home,” says Joel Gregoire, senior food and drink analyst at Mintel. “If you’re a manufacturer, the question becomes: how do you look at what foodservice has done and provide the same quality and convenience?”

To cater to millennials who claim they don’t have time for lunch, Gregoire says food manufacturers should provide on-hand meal solutions that are easily accessible.

Gregoire also notes that millennials show a higher interest in new and different flavours than other generational cohorts. “If you’re a food manufacturer, you can really explore flavours with this group,” he says.

One manufacturer that’s successfully marrying interesting flavours with portability is Vancouver-based Happy Planet. Its latest line of Grab & Go single-serve soups come in microwavable containers in five globally inspired flavours, including Thai Coconut and West African Squash & Cashew. “It serves more of a lifestyle demographic, and that is people looking for a healthy on-the-go meal solution. It just so happens that lifestyle is something you see more in the millennials,” says Ursula Klein, Marketing manager at Happy Planet. “They’re on the go, they’re looking for bold flavours and they really see eating as an experience.”

On the beverage side, Perrier believes it has the right recipe to win over millennials: portability and cachet. The Nestlé-owned sparkling mineral water brand launched its slim cans in 2013 with three flavours: Natural, Grapefruit and Lime. This past March, Perrier added Lemon and L’Orange to the lineup.

Sometimes called the “baby bust” generation, Generation X is a relatively small cohort. Statistics Canada reports there are about 2.8 million people (eight per cent of the total population in 2011) born between 1966 and 1971, although many people define Gen X as those born between the mid-’60s to early ’80s.

Because of its small size, Generation X is largely overlooked by marketers. Mintel’s Gregoire, a Gen Xer himself, says, “No one is marketing to us right now, but we have [significant] spending power. We are in the high spend part of our lives.”

In fact, according to Environics Analytics, Gen X has the highest average annual household income in Canada, at $102,000, compared to $71,000 for millennials and $98,000 for baby boomers. Statistics Canada reports that 74 per cent of Gen Xers are employed full-time and 65 per cent are living with children.

One big opportunity for food and beverage manufacturers targeting Gen X is in the area of “free-from” claims, particularly among Gen X parents. According to Mintel’s recent Free-From Trends report, Gen Xers are the most likely generation to agree that products with “free-from” claims are healthier to eat or drink (63 per cent).

Parents (including millennials) with children under 18 at home hold much stronger views in support of free-from foods and beverages than non-parents, with 38 per cent of parents agreeing that they are worried how certain ingredients will impact their children’s future health. Two thirds (66 per cent) of parents feel better serving free-from products to their children, while another 50 per cent agree it’s worth paying more for free-from products, compared to 36 per cent of non-parents.

“We see that parents are more likely to agree that it’s worth paying more for free-from claims versus non-parents, and this is highest among 35- to 44-year-olds, which I would classify as the Gen X age group,” says Gregoire. “The presence of kids really does have an impact on [their attitudes towards free-from foods].”

At lunchtime, Gen Xers are more interested than millennials in pre-packaged salad kits (38 per cent), but not as interested in portable ethnic food options (26 per cent), or prepackaged sandwich kits (24 per cent). However, 32 per cent of Gen Xers said they would be interested in lunch kits for children with a focus on nutritious options.

Canadian Gen Xers are also more likely (57 per cent) than millennials (49 per cent) and boomers (43 per cent) to agree that fewer ingredients in a product means it’s healthier.

While the trend with younger consumers is to look for fewer and simpler ingredients, “that’s not the habit of older consumers,” says Kathy Perrotta, vice-president at Ipsos Reid. When reading the nutrition facts label, they’re “more likely to be concerned about things like sodium, sugar, cholesterol, carbohydrates and fibre.”

Perrotta notes that baby boomers are also more likely to look for food and beverages that fit with a particular medical condition. “It’s less about preference and more about need,” she says. “The big opportunity for [manufacturers] is having foods someone needs for a very specific reason, such as heart health or diabetes.”

Certainly, there’s no shortage of food and beverage products designed to meet boomers’ health needs. One example is Ultima Foods’ new probiotic drink, Iögo Probio Kefir. A 190-mL bottle of Iögo Probio Kefir contains more than two billion probiotics, which are said to contribute to healthy digestive tract flora. The drink, which comes in mango and strawberry, is also a good source of calcium.

“Healthy aging and healthy living for boomers is definitely a big trend, and we’ve taken the healthy aspect of the [probiotic] category to the next level,” says Simon Small, vice-president of Marketing at Ultima Foods, which is also targeting millennials with the new product.

On the beverage side, consumers 50+ drink more coffee and tea, less milk and a lot of wine, according to Ipsos Reid’s “Five” daily tracking, which captures consumption behaviour and attitudes from more than 20,000 Canadians annually. “A lot of [wine occasions are] positioned to younger consumers, but interestingly, older consumers drink more wine.”

Perrotta suggests that marketers can capitalize on the wine-drinking trend by pairing food and wine. For example, an ongoing a campaign for PepsiCo-owned Miss Vickie’s pairs the kettle-chip brand with various wines, showing consumers the perfect recipe for unwinding at home.

Aside from a thirst for wine, older consumers also have a sweet tooth. According to Ipsos, front-end boomers and the Silent Generation over-index for dessert consumption compared to the general population. “For those in the baked goods industry, there’s certainly opportunity,” says Perrotta. “It seems as consumers age, they look to finish their meal off with something sweet.”