The days of sugary products in the candy aisle are numbered 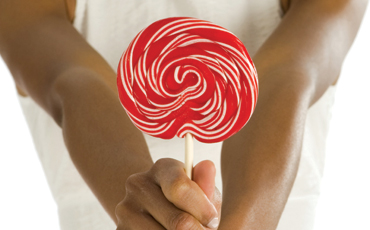 Sugar, sugar, sugar. It’s certainly on the minds of most Canadians when they reach for a snack or a treat. Traditional candy obviously contains a lot of it, which is driving companies to rethink their formulations. “Consumers are increasingly opting for healthy indulgence options…and industry participants strived in 2014 to bring in product improvement and innovation to meet the demand in this regard,” says Frank Jiang, Euromonitor’s Canadian confectionary research lead.

There are two main natural sweeteners that are making steady progress in replacing sugar in many candy products. One of these is xylitol, and its use in confections has soared over the past five years, according to Xylitol Canada vice-president Matt Willer. Xylitol is a natural sugar substitute derived from fruits and vegetables. It has the same exact sweetness, look and feel as table sugar, but with 40 per cent fewer calories. It’s safe for diabetics and provides substantial oral health benefits.

“Today you have people avoiding sugar and avoiding chemical sweeteners, so use of natural sugar substitutes, including xylitol, have skyrocketed and will continue to do so,” Willer explains. “Xylitol, being the easiest to use and the cavity preventer, has lent itself to become one of the more popular in candy.” Xylitol is now found in major candy brands such as Ice Breakers, Mentos, Ice Chips and Trident. The candy lineup of Xylitol Canada’s brand Xyla includes lollipops, gum, hard candy, mints and taffy (the company also offers jam, condiments and more), available at Whole Foods, Sobeys, London Drugs and many other retail outlets.

Increasing xylitol candy sales are challenged by the fact that right now the cost is higher and the product availability is lower compared to traditional products. However, Willer notes that awareness and acceptance of xylitol continues to reach all-time highs, and that this is in part due to support from the dental community. Xylitol has received positive support in the Journal Of The American Dental Association and from the Harvard School of Dental Medicine. In addition, researchers state in a recent paper published in the Journal Of The American Geriatrics Society that xylitol gum can provide a “real clinical benefit” in terms of several oral health issues that commonly affect many seniors. Xylitol reverses the destructive effects of sugar on oral health. It cannot be converted to acids by oral bacteria, and it also generates an alkaline environment that inhibits plaque formation. With proper use, xylitol actually stops the tooth decay process, and long-term use increases the buffering capacity and protective factors in saliva. It even has the ability to enhance re-mineralization of the enamel.

Extracts from the stevia plant are the other natural sweetener making substantial inroads into the candy category worldwide. The International Stevia Council states that hundreds of new products are being launched each year made with stevia extracts, across a wide range of countries. The European Stevia Association explains on its website that stevioside (a stevia extract) is extremely heat stable, and is compatible with dairy products and with acidic fruits such as berries, oranges and pineapples. “Moreover, it is pH stable, non-fermentable and does not darken upon cooking, and therefore it has a wide range of applications in food products.”

Stevia and xylitol can also be found in chocolate, with stevia bars offered by companies such as Dante Confections of Massachusetts, Coco Polo of New Jersey and Lily’s Sweets in Seattle, Wash. Xylitol chocolate is made by such firms as Michigan’s Dr. Johns and Chocolistic in Connecticut.

For the big chocolate players, however, the present focus seems to be the use of more natural ingredients rather than sugar replacement. Nestlé has already removed artificial colours and flavours from some of its most popular products such as Smarties and Aero bars, and is committed to removing these ingredients from the few products that contain them by the end of 2016, if not sooner, says Ryan Denys, Marketing Leader, Confectionery, Nestlé Canada.  “Nestlé USA,” he adds, “is committed to removing artificial flavours and FDA-certified colours like Red 40 and Yellow 5, from all of its chocolate candy products.” For example, in the Butterfinger bar, these two artificial colours will be replaced by annatto, made from the seeds of the achiote tree.

Across North America, the Hershey Company is also striving to use only natural content in its chocolate, such as roasted almonds and cocoa beans. This “simple ingredients” effort is one of three guiding principles that the company began implementing in 2013. Transitioning more products to a simplified ingredient list will continue this year, says Brandy Woolford, associate manager of Brand Public Relations and Consumer Engagement, with treats such as Hershey’s Kisses Milk Chocolates. The other two Hershey guiding principles are “transparency” and “thoughtful and responsible sourcing,” for example, moving to 100-per-cent certified and sustainable cocoa.

Mondelez, which makes Cadbury chocolate, has stated that it is working to reduce saturated fat content in some of its offerings. The firm has also shown interest in “going natural” through its recent purchase of Illinois-based Enjoy Life Foods, which has marketed a variety of “free-from” baked goods and confections in Canada since 2005. They are found in major grocery store chains in the gluten-free section. In 2014, the company’s overall sales of chocolate bars increased by a whopping 67 per cent over 2013, and Chocolate Morsels by 72 per cent, due to increased distribution but also due to what chief marketing officer Joel Warady identifies as a demand for better-for-you snacking. “We believe products are better for you if they are ‘free-from’ many unhealthy things,” he says. “We are free-from gluten, the top 12 Canadian allergens, GMO and all artificial ingredients.”

With regard to soy, Warady says recent studies have shown some potential health issues in people who consume a lot of it. “Add to that the fact that in America, 90 per cent of all soy is GMO and you find that soy has become an ingredient that people look to remove from products,” he says. “Most chocolate in the market contains soy lecithin as an emulsifier; we produce our chocolate without any soy, which makes for a cleaner ingredient deck, and a more pure chocolate product.” Warady admits it is significantly more expensive to create chocolate without the use of soy, but notes that customers are willing to pay more for premium offerings. “When people taste our Chocolate Morsels or bars, they say it tastes like real chocolate,” he explains. “They eat our Chocolate Morsels right out of the bag, so while they’re now in the baking aisle in a large bag, we see an opportunity to have them in the snack aisle in smaller-sized bags.” Enjoy Life Foods already sells their Chocolate Morsels to some major food brands for use as an ingredient, and says it is positioned to increase this market substantially in 2015.

Whatever may come in the candy aisle, expect it to be better than ever for you – and, without a doubt, to still be sweet.