Ingredients for cognitive function are a smart move for processors 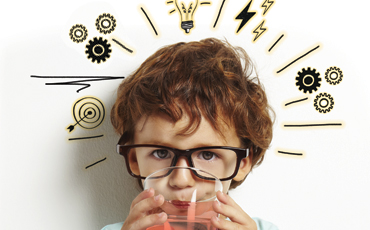 On any given day Canadians look to coffee to kick-start their morning. In fact, more Canadians drank coffee in the past day than they did water.

According to a 2013 report by the Canadian Coffee Association, about two-thirds of adult Canadians (65 per cent) preferred coffee over tap water (63 per cent). The caffeine in coffee gives its drinkers a boost in physical and mental energy. Little wonder coffee drinking increases with age and peaks in the 65- to 79-age bracket.

“The target audience for brain-boosting products is huge,” says Dr. Russ Hazen of Fortitech Premixes. “Parents want baby geniuses, students want to excel, workers want to stay sharp on the job, and aging adults want to stay in the game of life as long as possible” he adds.

And processors are meeting the demand. The overall number of food and beverage launches in Canada with a claim related to either brain or nervous system functions increased by 55 per cent between 2010 and 2014, says Joel Gregoire, food and drink senior analyst, citing Mintel’s Global New Product Database (GNPD).

While coffee rules as a favourite brain-boosting beverage for Canadians, processors have a number of ingredients that provide cognitive support.

Certain botanicals have long been known to help in cognitive function. In Chinese herbal medicine, ginseng and ginkgo biloba are believed to improve brain circulation thereby increasing mental alertness and clarity. However, consumers have been urged to avoid ginkgo biloba in supplements, herbal teas and energy drinks as a new study has shown evidence that ginkgo may cause liver and thyroid cancers in mice and rats.

Nevertheless, trend-watchers report botanicals were strongly represented at the recent 2015 Natural Products West show in Anaheim in March. Editors at New Hope Natural Media, Jenna Blumenfeld and Elisa Bosley, noted that natural and organic drink manufacturers at the show were boosting nutrition and flavor with fruits, herbs and even flowers. Favourite formats were tea and kombucha.

Beverage manufacturer Rebbl caught the eye of these two editors. The San Francisco-based company launched elixirs and tonics with “super herbs” that promise to awaken, de-stress, and re-energize. The coconut milk-based elixirs contain adaptogenic herbs such as ashwagandha, macca, and reishi while the tonics focus on ginger, Siberian ginseng and yerba mate.

Mintel’s Gregoire says most of the new launches with a claim related to either brain or nervous system functions were in the baby food category, including formulas. Fifty per cent of new launches in 2014 were in this category. Infant nutrition was the first application for the ingredient Carnipure, says Christine Infilise of Quadra Ingredients. Carnipure is made of l-carnitine, a biological active form of carnitine, derived from amino acids and essential for fatty acid oxidation and energy production.

Today Lonza Ltd. celebrates 30 years of the manufacturing and marketing of Carnipure and with more study and improved food technology, the Swiss scientists have found new applications for l-carnitine in the areas of energy metabolism, sports nutrition, and weight management. In addition, some evidence shows that another form of carnitine, acetyl-L-carnitine, may delay mental disorders including Alzheimer’s disease and age-related memory loss. The body can convert l-carnitine into acetyl-L-carnitine.

While Carnipure L-Carnitine is only approved for use in natural health products, Infilise says they are expecting Novel Food approval imminently. Quadra Ingredients was appointed Lonza’s Canadian distributor last year for both the nutrition and food emulsifiers portfolio of products.

Omega-3 fatty acids have long been associated with promoting heart health, but emerging research is showing links between omega-3s, particularly docosahexaenoic acid (DHA), and brain and neurological health. There is also some evidence to show that omega-3 fatty acids may help prevent Alzheimer’s disease and dementia, but Dr. Hazen cautions against making the leap saying “additional study of this question is needed.”

And further review is about to get underway. Last December, Health Canada announced that it, alongside the U.S. government, would fund a comprehensive study into omega-3 fatty acids for the purpose of establishing a dietary reference intake (DRI). DRIs represent the most current scientific knowledge on nutrient needs of healthy populations.

Meanwhile, processors are promoting omega-3s as heart and brain healthy. Take Mamma Chia for example. The California-based company manufactures bars, granola and drinks loaded with chia seed, a source of plant-based omega-3s. Mamma Chia recently launched an energy drink that not only has 90 mg natural caffeine but also 2,500 mg of omega-3s in a 10-oz bottle.

Choline is a micronutrient not yet on the consumer radar. But the lack of awareness of this essential nutrient may soon change. Last year Health Canada and the US Food & Drug Administration proposed changes to the Nutrition Facts panel where processors would be permitted to voluntarily list choline on food labels.

“Choline has been known for decades for basic elements of its functionality in the human body, but it has been underappreciated,” says Kristine V. Lukasik, PhD, director, Applications, Scientific and Regulatory Affairs, Food and Nutritional Ingredients, for Balchem Corp. Lukasik says North Americans have unwittingly diminished their choline intake as they’ve moved away from foods high in fat and cholesterol, like liver, eggs, and a variety of meats – all rich sources of choline.

Choline helps to develop the memory centre of the brain in infants, facilitates brain function in adults, and may counteract certain effects of age-related memory loss, cites a Balchem brochure on the ingredient, VitaCholine, distributed in Canada by L.V. Lomas.

A leading brand in cognitive category is Nawgan, an “alertness beverage” with Kyowa Hakko’s Cognizin-branded citicoline ingredient. Technically, citicoline is cytidine 5′-diphosphate choline and is used for Alzheimer’s disease, dementia and head trauma. Nawgan also contains alpha-glyceryl phosphoral choline, providing a second source of choline, and by combining it with citicoline the beverage contains 95 mg of choline, or 17 per cent of the recommended intake. Karen Todd, R.D., director of Marketing for Kyowa Hakko USA, is quoted as saying that Cognizin was initially targeted to the adult and mature market, addressing the issues of energy, attention and memory.