The Canadian dairy industry is dealing deftly with negative factors at play, and capitalizing on the positive 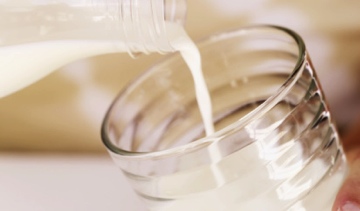 Handling new marketplace realities on an ongoing basis is a given for every industry, but at this point in time, the Canadian dairy sector may be dealing with more than its share. There are the usual challenges – changing consumer preferences and demographics, competition from alternative products, regulatory updates – but the big one with regards to milk and cheese is CETA, the Comprehensive Economic and Trade Agreement between Canada and the European Union. On the positive side, however, the Canadian dairy industry is enjoying good sales due to continued strong consumer demand for what dairy products offer: good nutrition, natural ingredients, convenience and high-quality protein.

“Consumers are looking for naturally nutritious and functional foods, as well as healthy beverages (smoothies) over fortified foods with added ingredients,” notes Caroline Khoury, director of marketing at Dairy Farmers of Canada. “This trend is favourable to milk products, which are naturally nutrient-rich.” Khoury also notes that snacking now accounts for a significant proportion of eating occasions, with close to 30 per cent of Canadian adults nowadays eating between meals every day. “This is also an opportunity for dairy products, even if there is some challenges related to convenience and portability,” she says.

Perhaps the most exciting trend for Canada’s dairy industry is that consumer interest in protein continues to increase. “There is a sustained growth in the number of foods and drinks that are making protein claims,” Khoury notes. “There is also accumulating evidence that supports an important role for protein, particularly from milk products, in satiety, weight management and muscle mass preservation in aging adults.” All this, combined with the consumer desire for more energy (particularly sustained energy, says Khoury) presents great opportunities for dairy products.

Professor Maurice Doyon agrees that today’s consumers want healthy products without too many calories, and with more protein to help them curb their appetites. People are also time-pressed and snacking more, and high-protein healthy snacks such as Greek yogurt and protein drinks fit the bill, says Doyon, a professor in the Agricultural Economics and Consumer Science department at Quebec City’s Laval University. “I believe that the market for energy drinks is stabilizing and may decline,” he notes, “but demand for protein drinks will increase, with the protein coming from dairy. It has a lot to do with meal replacement.”

Coca-Cola is taking advantage of this trend with a new product about to be rolled out this spring across North America. In response to what it calls “consumer demand for better, wholesome nutrition from safe, responsible sources,” Coca-Cola (in partnership with a U.S. dairy co-operative) has created a new high-protein filtered milk called Fairlife, which contains less sugar and 50 per cent more protein and calcium than regular milk. According to a company spokesperson, it tastes better than regular milk as well, but only time will tell how consumers respond. The high cost of Fairlife, twice as much as regular milk, will make it out of the question for many families.

In terms of other good news for Canadian dairy farmers and processors, sales of butter and fluid cream increased significantly in 2014, each averaging 4.2 per cent sales growth month over month according to AC Neilson data prepared for the Canadian Dairy Commission (CDC). “This may in part be due to shifts in understanding among researchers, governments and consumers who have for some years been weighing the science and dietary intake recommendations with regard to saturated fat and trans fat,” says Dairy Processors Association of Canada president and CEO Don Jarvis. CDC statistics also show that from 1993 to 2013, cream consumption doubled in Canada, while sales of all types of milk dropped almost 20 per cent. Over that time, cheese sales increased a little, butter stayed relatively steady, yogurt more than doubled, and ice cream sales were cut by half. The ice cream trend could be due to an increasing number of alternative products becoming available, such as vegan dairy-style desserts. “Competitors are tapping into image and story elements that have traditionally belonged to dairy,” notes Khoury.

At the same time opportunities to provide high-protein, nutritious and convenient products abound for the Canadian dairy sector, there are of course challenges to be faced. These include myths and misinformation related to milk products and about farm practices, says Khoury. Processors are also very concerned about Health Canada’s proposed labelling changes. Jarvis says these could significantly impact processors in terms of costly label redesign, and because they may cause consumer confusion. “Products…will appear to have been changed based on nutrient declarations in the proposed new Nutrition Facts Table,” he explains, “when indeed the products themselves have not changed.”

The largest challenge right now, however, is CETA. On its website, the Ministry of Foreign Affairs, Trade and Development Canada describes CETA as “historic” and “by far Canada’s most ambitious trade initiative.” But dairy farmers and processors are much less enthusiastic. Jarvis says CETA “does not remove barriers, it adds them.” For example, through its rules around milk distribution, CETA will limit the efficiencies that processors can introduce, Jarvis notes. In addition, CETA doubles tariff-free imports from the EU into Canada, allowing in an additional 16,000 tonnes of retail cheeses and 1,700 tonnes of industrial cheeses, which totals roughly nine per cent of domestic cheese consumption. This, Jarvis believes, may cause Canadian cheese processors to be displaced.

“Given that this is a higher share [of imports] than most major markets face, Canadian processors face greater exposure to competitiveness challenges from liberalizing trade,” says Jarvis. “This will include not only small, artisanal cheese-makers but also larger cheese manufacturers with significant fixed overheads.” He adds that under the World Trade Organization rules that govern dairy, Canada may export only dairy products that are produced using raw dairy products at regulated domestic prices. “These prices are the highest in the world,” he notes.

An additional CETA challenge for Canadian processors is the granting of automatic protection to the EU for the geographical cheese descriptors such as asiago, feta, fontina, gorgonzola and munster – a part of the agreement Jarvis describes as showing “complete disregard of Canadian intellectual property laws and existing international trade commitments.” Although cheese manufacturers that produced those cheeses prior to Oct. 18, 2013 will be allowed to continue to use those names, future producers of those cheeses will have to add qualifiers such as “feta-style” cheese.

Dairy Farmers of Canada says CETA will likely mean they will lose market ground as Canadians may buy more imported cheese instead of Canadian cheese made from Canadian milk. However, says Khoury, “in the long run, farmers expect that the Canadian cheese market will grow enough to mitigate the impact of the imports such as the new cheeses coming from Europe.” And they may further develop markets elsewhere as well. Doyon favours the idea of small Canadian cheese-makers using some of the “quota import” money they will be given under CETA to collectively expand their sales to the U.S. “The little guys should get together,” he adds.