The Edmonton Journal reports that Future Fields, a three-person company that launched in 2017 hopes to break into the cultured meat industry by producing chicken products in a lab.

Lead scientist and co-founder Matt Anderson-Baron, a PhD student in cell biology at the University of Alberta, became interested in the idea after reading about research on cell-cultured meat that was being conducted in the U.S., and realized there was potential for lab-grown meat products in Canada.

The company was awarded space in the TEC Edmonton space through the U of A Health Accelerator program. The company’s biggest challenge, Anderson-Baron told the Edmonton Journal, is gaining the necessary funding it needs to support the “massive” costs of production.

If the company is able to achieve its funding goal, it hopes to have its first chicken product on the market within five years. 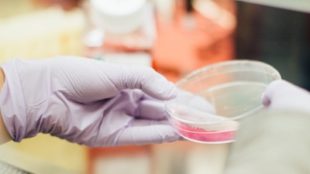