Food recalls in Canada on the rise

As the CFIA boosts food safety inspectors and tests, more food recalls are being reported

Ottawa – Canada has seen the number of food recalls increase over the past two years, mostly due to the Canadian Food Inspection Agency’s (CFIA) upping the number of its inspectors and the frequency of food testing.

According to an analysis by the CBC, the number of the CFIA’s most serious recalls increased from about 129 in 2010 to 147 up until the end of September this year.

The agency says the trend could continue into next year, reports the CBC. The CFIA adds that it is learning how to better monitor risks and therefore is seeing more recalls. The industry in Canada is also trying to control and contain risk as much as possible.

The CFIA posts recalls in all three categories, Class I, II and III, in a database on its site that it established in late 2009. But some experts say the agency needs to do more. For instance, reports the CBC, information on whether recalls are successful or not are not included on the site.

FoodNavigatorUSA.com reports that the number of food recalls in Canada has remained relatively stable over the past four years at about 230 per year.

But this year’s increase could continue as the agency continues to implement its five-year Food Safety Action Plan to modernize Canada’s food safety system. 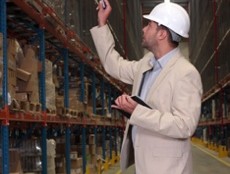 XL Foods lays off employees during CFIA inspection – then recalls them