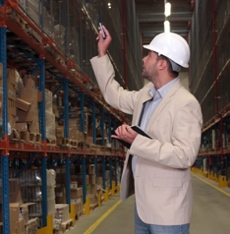 According to a new study from Brock University in St. Catharines, Ont., over the past five years food recalls have increased in size and complexity more than they have in frequency. By comparison, it found that allergy alerts have decreased slightly over that same time.

Professor Michael Armstrong of the university’s Faculty of Business, and accounting student Cassandra Maddaloni, studied food alerts from the Canadian Food Inspection Agency (CFIA) from January 2004 to June 2009. Their goal was to look for patterns or changes in the quantity of alerts.

Of the 696 alerts listed, 56 per cent were “health hazard alerts,” or food recalls, 41 per cent were “allergy alerts,” and three per cent offered other advice. While many postings listed new issues, others were expansions or updates of previous alerts. And although the number of health hazard alerts did grow over time (an average of 22 per cent per year), the most growth was seen in the number of follow-up messages, indicating that the size and complexity of food recalls had increased.

The majority (57 per cent) of posted recalls came from Canadian products, while 12 per cent were from the U.S. and 18 per cent were of unclear origin. The suspected causes of contamination for the 180 food recall alerts were listeria (22 per cent), salmonella (19 per cent), E. coli (10 per cent), other bacteria (16 per cent) and chemical contaminants (18 per cent). Twelve per cent had some other problem, while three per cent of the alerts were unclear as to the suspected contaminant. The number of alerts due to chemical contaminants decreased over the five years, while alerts due to listeria increased.

While the study analyzes the number of CFIA alerts, Armstrong points out that it does not cover recalls that were not made public by the CFIA, nor does it examine the dollar value, products or health impacts of each of the recalls.