In 2006, Wal-Mart Stores Inc. unveiled a packaging scorecard in an effort to reduce packaging across its global supply chain by five per cent by 2013. Its suppliers were given a trial period of exactly one year before the company started to use the scorecard in February 2008.

Now, inks may be the next hurdle to tackle in sustainable packaging. As ink manufacturers move away from producing inks that contain heavy metals or nonrenewable resources like petroleum and move more toward sustainable bases such as vegetable oil or water, more packaging options are opening up for food and beverage companies.

These sustainable options offer producers many advantages. “When you look at where consumer packaged goods companies are now, as they look for ways to cut their costs, [sustainability] is a big opportunity to do that and at the same time be socially conscious,” says Michelle Hearn. The Chicago-based director of Marketing, Packaging, North American Inks at Sun Chemical, says that all this adds up to a trend that will have some staying power.

Sun Chemical, which produces printing inks and pigments and provides materials to the packaging industry, has had its WetFlex process and UniQure inks on the market for the last four years. But, says Hearn, the system has only really caught the interest of North American companies within the last year. This interest, she says, has a lot to do with the Wal-Mart scorecard and consumer packaged goods companies pressing their print manufacturers for more sustainable alternatives. It also has to do with how the system can meet these new requirements. The patented WetFlex process and UniQure inks is a technology the company invented to meet emissions reduction standards around the world. It uses an ink system manufactured without volatile organic compounds (VOCs) and uses low-odour inks. The UniQure ink system is also based on water-based and energy curable chemistry, which means there are no solvents.

Gary Adams has also noticed more demand for greener options in on-package printing, especially in the last six months. “When customers are looking to purchase, they’re looking at the green aspect of the equipment, the amount of ink and solvent that gets used and whether the solvent containers are recyclable,” he explains. Adams is a U.S.-based distribution sales manager for Linx Printing Technologies, a U.K. company that recently launched new sustainability-focused inks and a new system called the Linx 6900 Solver. These new inks include the Linx Black food-packaging ink 2250, which is alcohol-based, has a low odour and can be used to print on a wide range of packaging materials. The Linx food grade inks 6100 and 6120 are made for printing directly onto food items and contain only edible raw materials.

Then there’s the Linx 6900 Solver system, which is designed to reduce solvent consumption by up to 40 per cent. “The benefit to the end user is not only that they’re using less but that they’re saving money,” says Adams. “This new system uses a different way of running the machine and the impact of that is simply that we can save up to 40 per cent of solvent depending on temperature and environment. It’s a greener machine.”

The biggest change for inks, says George Fuchs, manager of Environmental Affairs and Information Systems for the Woodbridge, N.J.-based National Association of Printing Ink Manufacturers, has been the introduction of renewable resource-based materials, and more of them being included in printing inks than they were in the past. “There’s always a pressure to reduce costs,” he says. “Not that the renewable resource materials are any cheaper at this point, but I think that the thought is that they’re more environmentally friendly to a certain extent and ultimately may be cheaper as oil continues to increase in price. I don’t think anybody is looking to oil to become cheaper.” 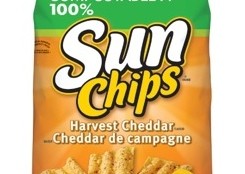